Review & Giveaway: Someone to Honor by Mary Balogh 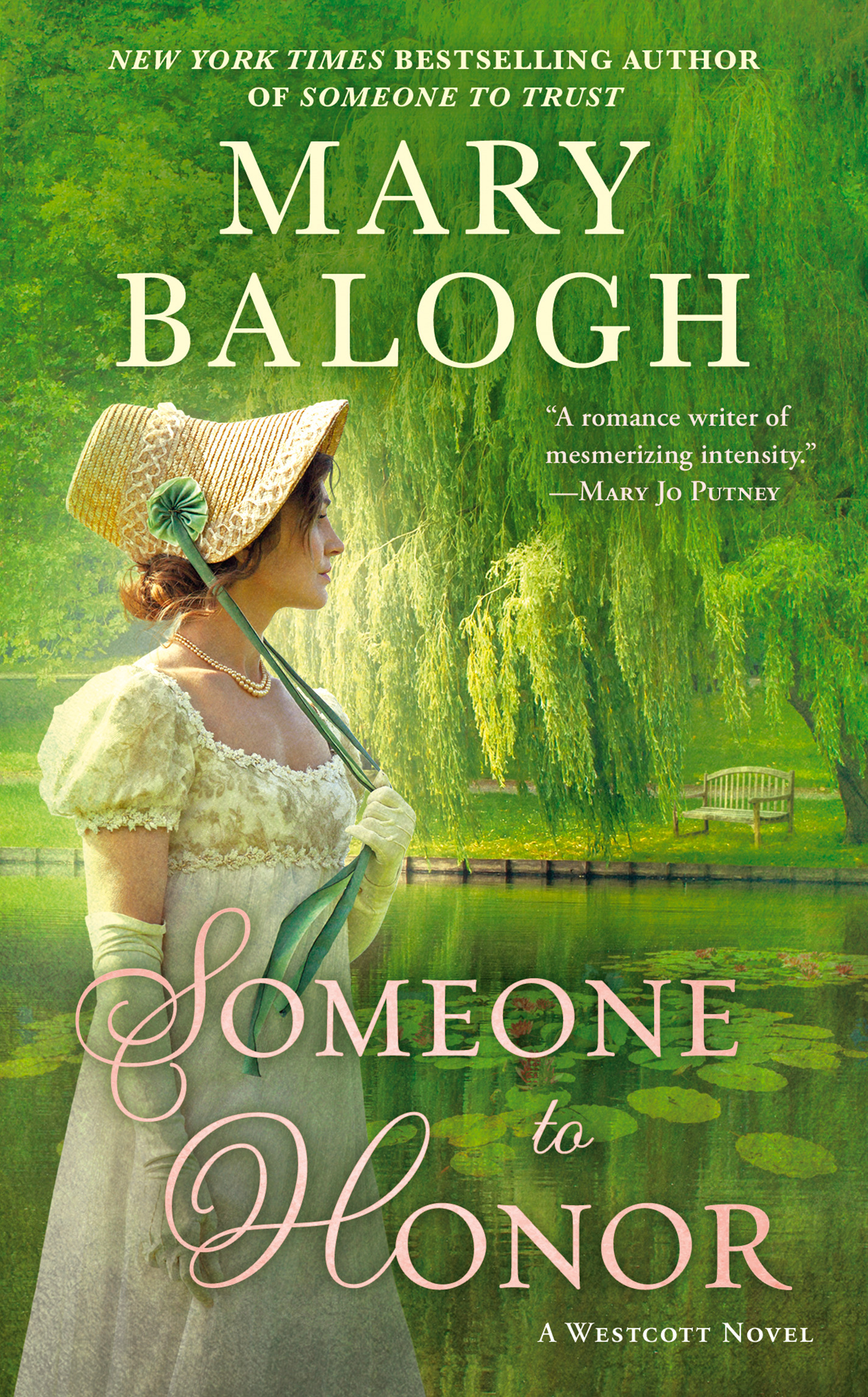 Abigail Westcott's dreams for her future were lost when her father died, and she discovered her parents were not legally married. But now, six years later, she enjoys the independence a life without expectation provides a wealthy single woman. Indeed, she's grown confident enough to scold the careless servant chopping wood outside without his shirt on in the proximity of ladies.

But the man is not a servant. He is Gilbert Bennington, the lieutenant colonel and superior officer who has escorted her wounded brother, Harry, home from the wars with Napoleon. Gil has come to help his friend and junior officer recover, and he doesn't take lightly to being condescended to—secretly because of his own humble beginnings.

If at first Gil and Abigail seem to embody what the other most despises, each will soon discover how wrong first impressions can be. For behind the appearances of the once-grand lady and the once-humble man are two people who share an understanding of what true honor means, and how only with it can one find love.

My Thoughts:
You don’t need to read the previous books to enjoy Someone to Honor, but there are quite a few characters/couples that show up from previous installments that won’t mean much to you if you don’t.  Also, you wouldn’t feel original big shock that Abigail and her family feel at finding out they were illegitimate (since their father wasn’t actually married to their mother because was married to another woman).  The impact of that doesn’t come through as much six books later, but if you go in knowing that it shattered the children: Abigail, Harry, and Camille then you won’t miss much. But you’d miss the delight of experiencing the other stories if you skip, so there is that.

Abigail travels to her childhood home to meet her brother Harry, back from war, weakened, but slowly recovering. Here’s where she meets Lieutenant Colonel Gilbert Bennington, a fellow soldier of Harry’s who escorted and helped him on the journey home. Gil comes off as gruff, rude, and a little bit imposing to Abigail at first, and Abigail comes off as cold and haughty to Gil.

Abigail and Gil start off on the wrong foot, but I felt the energy and chemistry between them immediately.  Even though they ruffled each other’s feathers, these two were aware of each other whenever together in a room, no matter if there were a crowd of people surrounding them.
Their romance started out slow as each got to know each other. Both Gil and Abigail were quiet and introspective sort of characters, but the passion between them was moving and unexpectedly sweet.

I adored Beauty, Gil’s ugly, but super sweet dog.  Gil’s treatment of the kids touched my heart, especially with the letter to Robbie including illustrations of Beauty and her adventures.  I was thrilled at how the Westcott’s rallied behind Gil and Abigail, this family is a formidable force when needed!

I love Mary Balogh’s historical romances, and her Westcott series in particular has been wonderful from the start!  Gil and Abigail came to life with Ms. Balogh’s beautiful writing; perfectly imperfect with many layers, and deep emotions they I felt right along with them.

I just checked to and I’m a little surprised, but really excited about the next romance! I thought for sure it would feature Harry, Abigail’s brother, but Someone to Remember features Abigail’s Aunt Matilda, so this will be another mature romance.  There was a little encounter between Matilda and Viscount Dirkson that had me wondering, and now I eagerly await their story!

Berkley has generously provided a Paperback Copy of Someone to Honor by Mary Balogh to one reader.  The giveaway is open to US Residents only.  Fill out the rafflecopter for a chance to win.

a Rafflecopter giveaway
Posted by Rachel @Waves of Fiction at 9:49 AM