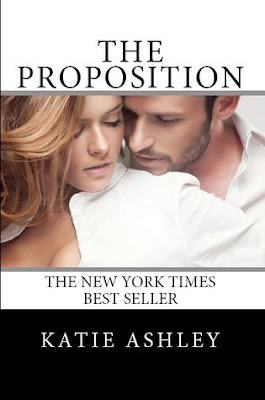 With her thirtieth birthday looming, Emma Harrison finds her biological clock clanging and the elusive knight in shining armor yet to appear. She’s running out of options, especially after her gay best friend backs out from being her sperm donor. Of course, there’s always a sperm bank, but Emma fears a donor mix-up might impregnate her with the spawn of Satan.

Resident company womanizer, Aidan Fitzgerald, is used to always getting what he wants, especially in the bedroom. When Emma spurns his advances at the company Christmas party, he's determined to have her no matter what it takes. After Aidan learns of Emma's predicament, he is quick to offer a proposition that will benefit them both. He will father Emma's child, but she must conceive it with him naturally. Not one for hook-ups or casual sex, Emma is reluctant to take him up on his offer, but his charm, coupled with her intense desire for motherhood, wins out.

Soon their baby-making sessions become more than just physical. Aidan can't seem to walk away from her while Emma begins to wonder if Aidan could be the one. But can Aidan leave his past behind to become the man Emma needs him to be?

My Thoughts
The Proposition caught my eye a long time ago, but I kept putting it on the back-burner. After the long wait to dive into this story, it wasn’t quite what I thought it would be.

Emma realizes her biological clock is ticking. After a few years of heart-ache where she lost both her fiancé and mother, she wants to have a child regardless of not being in a relationship. When her back-up plan is no longer an option, she takes an offer from Aidan who she previously refused to have a one-night stand with at a work party. When Aidan and Emma iron out the details of this baby making arrangement, they are both satisfied with the proposition of Emma mothering the child and Aidan not having to play a father role. However, as predictable as some romances are, after she gets pregnant they both start to have feelings for each other and begin to re-evaluate how this baby situation will really pan out.

I feel I had a hard time connecting with the characters because it was told in the third person. Maybe if I got to know Emma more and heard directly from her when her feelings began to change, I would have probably had more tolerance for her decisions and feelings. It ultimately boiled down to simply not connecting with this character.

Aidan was neither here nor there for me. I didn’t find him swoon-worthy, but I did appreciate the role he played in this story. He was clearly attracted to Emma and it seemed like he was willing to roll with Emma’s feelings as they shifted and formed.

Overall, I found the storyline slightly predictable with somewhat awkward dialog. Not quite what I hoped for, but not a complete bust. Just okay…
3 Suns