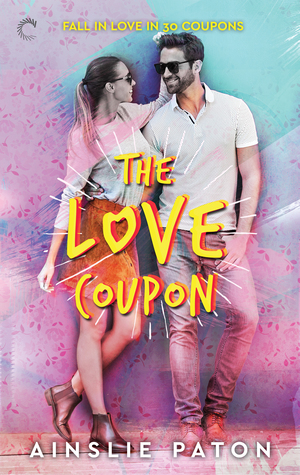 How many coupons does it take to fall in love?

Flick Dalgetty knows what she wants and how to get it, which is why she’s about to start her dream job in Washington. Until then, she needs somewhere to crash, and Tom O’Connell’s place is her sole option. He’s a repressed, antisocial ogre…but man can he kiss.

For Tom, being around Flick is like being too close to the sun. Her untamed energy is overwhelming, and he’d spontaneously combust if he had to live with her long-term. Housemates with benefits—and an expiration date—suits him just fine.

Then Flick gives Tom thirty coupons, each entitling him to one obligation-free activity, from bowling and bubble-bathing to morning delight, removing all the guesswork from being incompatible partners and shifting their fling into high gear.

Now the problem is their arrangement is drawing to a close, and they might be falling in love—and there wasn’t a coupon for that.

My Thoughts:
Flick is full of energy and her life appears to be a little chaotic, but really, she’s a determined woman when it comes to her goals. Flick rose above her circumstances and exceled despite having no help from her family (a family that fully pissed me off!). Now she’s finally landed her dream job, helping less fortunate ones to succeed with education and opportunities, but she needs a place to stay for three months before she moves. This is where Tom comes in.

Tom has a room to rent, but he’s used to living a regimented life and everything about Flick is out of his comfort zone.  They end up together, and she annoys him, but there’s something refreshing, and intriguing about her, too.  They push each other’s buttons, but Tom and Flick are definitely attracted to each other.

The Love Coupon was very much an opposites attract/antagonistic romance with a lot of witty banter back and forth.  Ainslie Paton’s writing is clever and sharp.  Tom and Flick were at odds and I loved seeing them gradually get on the same page.  Surreptitious glances, and lusty thoughts finally gave way to some hot encounters!  Those tightly wound guys are all kinds of hot when they finally let lose! The love coupons didn’t come into play until well after the 50% mark, but oh my!

This was a little more angsty than I usually read because Flick’s stay had an expiration date, and neither one wanted to admit they were getting more and more serious.  Still, this is a romance, so I knew things would probably work out, lol.

Posted by Rachel @Waves of Fiction at 3:49 PM 2 comments: 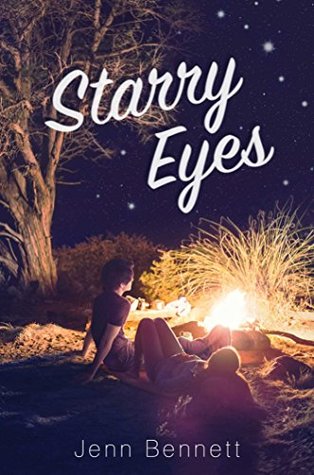 In this romantic dramedy from the author of Alex, Approximately, a teen girl’s way-too-ordinary life is driven off the beaten path when she’s abandoned in the wilderness with her worst adversary—the boy who broke her heart.
Ever since last year’s homecoming dance, best friends-turned-best enemies Zorie and Lennon have made an art of avoiding each other. It doesn’t hurt that their families are the modern day, Californian version of the Montagues and Capulets.
But when a group camping trip goes south, Zorie and Lennon find themselves stranded in the wilderness. Alone. Together.
What could go wrong?
With no one but each other for company, Zorie and Lennon have no choice but to hash out their issues via witty jabs and insults as they try to make their way to safety. But fighting each other while also fighting off the forces of nature makes getting out of the woods in one piece less and less likely.
And as the two travel deeper into Northern California’s rugged backcountry, secrets and hidden feelings surface. But can Zorie and Lennon’s rekindled connection survive out in the real world? Or was it just a result of the fresh forest air and the magic of the twinkling stars?

My Thoughts:
I usually don’t post reviews here for Young Adult romances because first of all I don’t read many, and because this is primarily and adult blog.  But there were so many things to love about Starry Eyes I knew I had to post a review!

The setting! A locale I’m pretty familiar with was like another character in the story, and Jenn Bennett’s beautiful descriptions made it come alive! I could almost smell the pines and picture wading through the ferns while reading.

Backpacking! I used to be and avid backpacker so I loved that a good portion of Lennon and Zorie's story takes place while backpacking through the big redwoods. Trying to survive in the wilderness is a great way to be forced together again, and all those quite nights spent by the fire or in a little tent, set the stage for steamy encounters! Makes me want to rough it all over again!

Second chance romance! Zorie and Lennon are at odds, but circumstances throw them together again and I was thrilled with every step they took to get it right this time. I adore Jenn Bennett’s romances! So swoony!

I couldn’t stand Zorie’s dad! Ack! He was such a total dick! Judgmental and prejudice with he had ABSOLUTELY no right! What a hypocrite! Jenn Bennett creates characters you can’t help but care for so my emotions tend get a little high, lol. Especially when it’s in defense of another character.

If you haven’t read one of Jenn Bennett’s Young Adult romances Starry Eyes is an excellent place to start, but I’ve also adored Alex, Approximately and The Anatomical Shape of a Heart. All are guaranteed to melt your heart!

Posted by Rachel @Waves of Fiction at 9:36 PM 6 comments: 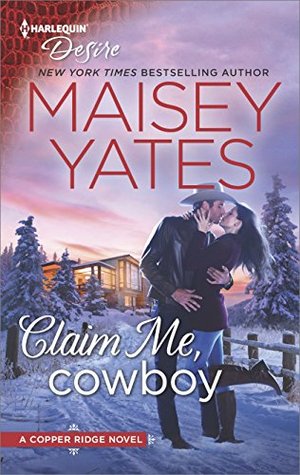