Review: Half Empty by Catherine Bybee 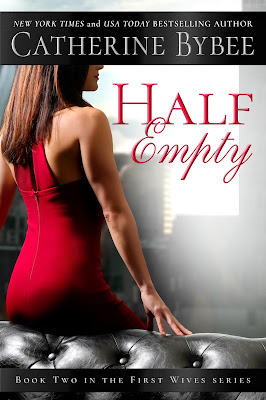 Trina Petrov’s marriage-by-contract was only meant to be temporary. But when tragedy strikes, Trina is left one of the wealthiest women in the world. To recover from the shock, she takes some time off in Italy, swearing not to fall for any men while there. But that doesn’t mean she can’t fall for anyone on the trip home

Country-music superstar Wade Thomas is lying low in a hotel bar when he gets the cold shoulder from the woman next to him. He’s used to fans fawning at his boots, and Trina is a refreshing change—so is the fact that she has no idea who he is.

As things begin to heat up, Trina discovers that the circumstances of her late husband’s death are not what they seemed. Now she’s in trouble, and Wade isn’t about to let her out of his sight. Getting close to love and danger could get them killed…or it could sweep them both off their feet.


My Thoughts:
Trina is in Italy mourning the death of her first husband, not because she was romantically involved (there's a back story), but because she feels a little responsible for his suicide.  Enter Wade Thomas, a famous country singer trying to get dinner after closing time but out of luck since the kitchen is closed.  Trina doesn’t recognize Wade at all, but she’s loaded up with the last call of food, takes pity on him and shares her food.  Wade’s immediately taken with Trina, but she’s not interested considering her circumstances and isn’t impressed with his fame or fortune.  But they end up riding back to the States together and Trina’s resolve starts to crumble in the face of Wade’s charm and sweetness.  Trina is smitten despite her friend’s protestations.  I loved Wade from the start and even more when an unexpected threat takes them all for a surprise and Wade sticks to Trina to help keep her safe.

This is my first Catherine Bybee romance, and at first, I didn’t think it was going to work for me, not because of the main characters, but because of Trina’s friend Avery.  She was so irritating and overbearing when it was clear Trina just wanted to be left alone.  Avery was supposed to (I think) come off as a concerned friend, but instead she came off as an intrusive, nosy bitch!    Thankfully, she backed off at 30% and the story got a lot more interesting.

I actually started to like Avery, even felt bad for her which is a good thing because I think one of the upcoming books will be her story/romance.  Wade’s mother was another character I didn’t like one bit, and sadly my feelings didn’t change for that cow.  Trina was waaayyy too nice to her IMO, but I guess you need to keep the peace when it comes to your man’s mama.

When all is said and done, I really quite liked this story.  A romance with a bit of danger and suspense thrown in made it an entertaining read!  I’ll be on the lookout for more books in the series!

Posted by Rachel @Waves of Fiction at 9:41 PM 6 comments: 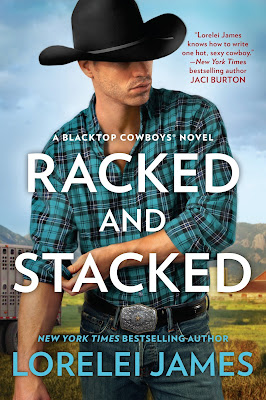 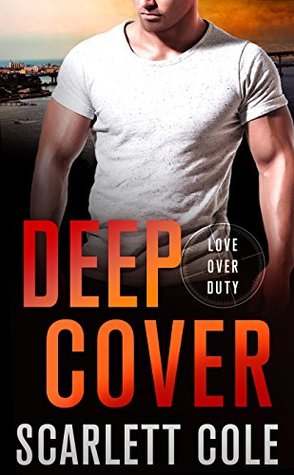 ARE THEY IN TOO DEEP?

Ex-Navy SEAL Cabe Moss always comes when called to duty―at all costs. Even though the death of his fiancée nearly destroyed him, Cabe won’t let his past interfere with any work that has to get done. When his latest task pushes him to team up with FBI Agent Amy Murray, a fierce beauty with the undercover skills to match, Cabe must admit that, for the first time in years, he wants to do more than just complete their mission together…

Amy was born ready for this assignment, but working side-by-side with the the strong, silent, and frustratingly professional Cabe seems to be the biggest challenge of all. But when the sparks begin to fly―and the stakes rise to dangerous heights―the only thing Amy is left worrying about is how she can resist him. Their lives may be in danger, but their hearts hold the biggest risk of all…

My Thoughts:
FBI Agent Amy Murray is determined to find the women gone missing after working at the Lucky Seven Casino.  The casino is also suspected of being connected to Sokolov, the Russian mobster that Eagle Securities have in their sights.  Money laundering, and a whole host of other crimes are why Eagle Securities and FBI are now teaming up to investigate and take down this illegal enterprise.

Cabe and Amy working together is a little troublesome since they have a powerful attraction brewing between them.  Amy had a bad experience with sexual harassment in the Atlanta FBI offices that caused her to relocate to the San Diego branch.  She’s worried getting involved with someone on the job will impact her reputation after that debacle.  Cabe also had some reservations about getting involved with Amy. He lost his fiancée two years ago to war violence and as an active undercover FBI Agent, Amy’s job isn’t any less dangerous. Her undercover role in this assignment puts her in the path of these criminals, dangling her as bait to suspected human traffickers. Cabe’s afraid his heart won’t recover if he loses Amy.  But the heart wants what the heart wants, and it was only a matter of time before they gave into their desires.

I was so happy Cabe and Amy had a mature relationship; there were conflict and doubts, but they talked things out before it got ugly or overly angsty.   I’m also happy that Amy didn’t agonize over Cabe’s past engagement or worry about coming in second. Both recognized that his past relationship was just that, in the past.  Not that Cabe didn’t have to deal with some guilt, but I was happy he was ready to make peace, let go and move on.

Deep Cover wasn’t only a romance though, danger and suspense over the situations both Amy and Cabe had to face kept me on edge. I worried for their safety while glued to the pages!  Scarlett Cole is fast becoming one of my favorite authors, whether she writes romantic suspense or rocker romances, she makes you feel!

Posted by Rachel @Waves of Fiction at 7:44 PM 4 comments: