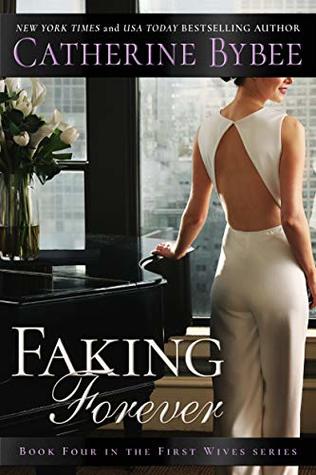 From New York Times bestselling author Catherine Bybee comes a new First Wives novel about wanting a family…and finding love.
Shannon Wentworth’s biological clock is ticking, and she isn’t going to let her single status keep her from having a baby. When her wedding-photography business takes her to Mexico, she has every intention of finding a willing baby daddy to help her out. Until the bride goes AWOL, leaving Shannon to coddle the arrogant fiancé who has accused her of sabotaging his wedding.
Victor Brooks never could have imagined that he’d be on a honeymoon for one. Only here he is, taking a hard look at his life after the younger women he thought he loved walked out. The woman who volunteers to help him reflect is the last person he expects to be attracted to. Between the tequila, the sun, and one earth-shattering kiss, Victor finds Shannon a distraction too sexy to ignore.
They strike a deal: wait three months, cool off, and see if their tropical beach attraction is worth taking up when they go back home. Unfortunately, that’s just enough time for the past to come calling. All their best-laid plans are at risk. So is the last thing Shannon expected to matter the most: her heart.

My Thoughts:
Shannon’s been the most subdued character in this series, kind of in the background, not outspoken at all.  We’ve got hints that she’s sad over the breakup of her marriage.  It was a business arrangement, but Shannon fell in love with her husband, and hoped he felt the same. Instead, he served her divorce papers the day after the agreed upon date was up.  Now that Shannon’s turning thirty-five her biological clock is ticking, and she’s determined to have a baby even though she doesn’t have a man. Her latest photo shoot job, a destination wedding, fits in nicely with her plans as she intends to stay after the job finishes, and find a man to father her baby, someone she’ll never see again.  She never thought the annoying groom-to-be would put a wrench into the works.

On the plane ride over to the wedding site, Shannon meets Victor and is immediately irritated by his rude behavior and lets him know, something that’s out of character for her.  She has no idea he’s the groom of the wedding she’s supposed to shoot, but they knock heads even after she learns who he is.  A fun push and pull! The bride takes off leaving Victor at the altar, and Shannon and Victor end up spending a lot more time together, not that they’re happy about it, at first.

I was a little worried about Victor, because he was supposed to be marrying another woman, and the romance develops with Shannon happens while he was to have been on his honeymoon. However, it’s quickly apparent that Victor and his intended bride were never really in love. Shannon and Victor do try and put off dating for a time to make sure they’re not a rebound sort of romance, but that only works for a little while because they can’t stay away from each other.

This is a classic hate-to-love romance; a slow burn situation as Victor and Shannon get to know each other. They spent a lot of time platonically while the heat turns up between them, falling a little harder each day.  It was lovely!  There are some insecurities on both sides, a little bit of drama from exes, but nothing exasperating or over-the-top, just the type of real-life bumps you run into while falling in love.

The cherry on top was the HEA epilogue that not only featured Shannon and Victor in the future, but also the other previous couples in the series!