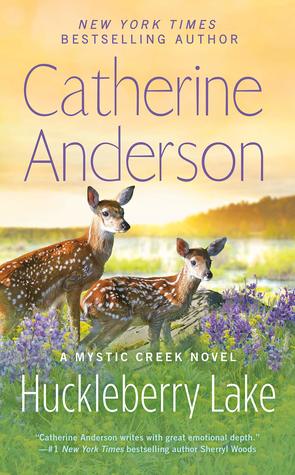 
Love blooms once more in the quaint town of Mystic Creek, Oregon, from the New York Times bestselling author of Strawberry Hill.

Erin De Laney came to Mystic Creek hoping that the slower pace might rekindle her enthusiasm for law enforcement. Instead she feels as frustrated as she did in the city and when her disillusionment with the job increases, she takes a position on her uncle's ranch.

Her life has enough complications without her attraction to handsome, deaf cowboy, Wyatt Fitzgerald, the foreman on the ranch. Wyatt has sworn off dating, and Erin fears that nothing she does will ever change his mind. Yet while working with an abused horse under Wyatt's guidance, Erin comes to better understand herself. She also learns that love can heal almost anything.

Wyatt yearns to take Erin into his arms, but he's hesitant to pursue a romantic relationship. When their work sends them out alone together into a wilderness area, Wyatt is even more determined to hold Erin at arm's length.

But out of their time alone together on the mountain blossoms a chance for a once-in-a-lifetime love if only he's willing to give her his heart and make her his.

My Thoughts:
Huckleberry Lake is the story I thought I was getting in the last book, Strawberry Hill. Due to some sort of snafu the first book description of Strawberry Hill made it seem like it was focused on Erin and Wyatt, (now since corrected) and they were featured proximately, but it was Vicky and Slade’s book, which was completely confusing when I got to the end and everything was still up in the air with Erin and Wyatt.

I don’t think you need to read the entire previous book to enjoy this story, but there was one scene at the very beginning where they meet for the first time and another when Wyatt deals with a horse in distress that I think would be unfortunate to miss, and give some much needed background to their relationship here.

I LOVED Huckleberry Lake! This is the book that I read by the fire for four hours straight, and then missed working up my Sunday Post because I was so wrapped up in the story. This is three-romances in one story: Erin and Wyatt, Julie and Blackie, and the start of one with Kennedy (Wyatt’s younger brother) and Jen.

Erin is an officer, bullied into the career path by her father. She hoped the move to Mystic Creek with its slower pace would make her love the job, but Erin’s coming to the realization that she may never be happy as a deputy.  Fortunately, Erin loves Mystic Creek and has the support of her wonderful Uncle Slade, so it’s just a matter of figuring it out. Wyatt Fitzgerald, the deaf foreman of her uncle’s ranch, is another burr in Erin’s side. She’s so attracted to this sexy cowboy, and there were signals that he felt the same, but now she feels like Wyatt actively dislikes her.

Wyatt is very attracted to Erin, but a bad experience in the past made him swear off romance for good. When his reason was revealed I could understand why he felt that way, but I did think it was a bit extreme, and as Erin as spends more time on the ranch it’s harder for Wyatt to stick to his decision. I loved that Erin and Wyatt formed a friendship while slowly falling in love.

Julie and Blackie’s story was just a great, easy going romance, and loved how it all turned out.

Kennedy and Jen’s story really captured my heart, with all that happened! Kennedy’s attending college, working on getting his degree while supporting himself as a ranch hand.  He meets Jen, a high school senior at the local burger joint, and having college and career goals in common they strike up a friendship. There was some danger, and a situation I won’t get into, but it will affect how things proceed in the future. I really, really hope Kennedy and Jen get their own book next.

I’d be remiss not mentioning the picturesque setting of Huckleberry Lake.  Small towns and ranching life appeals so much to me, and the animals were like secondary characters here.  Erin at times found it hard to take counsel from others, but she was able to come to these important truths by working with one of the new horses on Slade’s ranch. Their relationship was so touching, and I just love Slade’s bear, Four Toes!

Posted by Rachel @Waves of Fiction at 8:22 AM 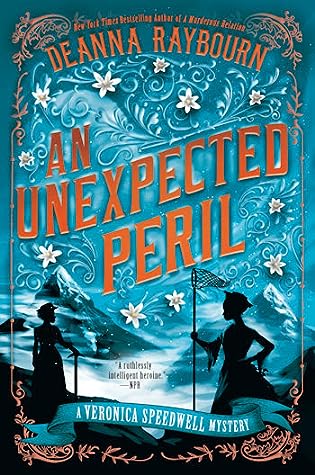