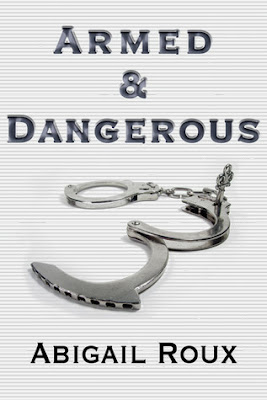 Published May 18th 2012 by Dreamspinner Press

Cut & Run Series Book Five - Sequel to Divide & Conquer Left alone in Baltimore after his unpredictable lover bails, Special Agent Zane Garrett takes his frustration out on everything in his path until he is ordered to Chicago to back up an undercover operative. When he gets there, though, he finds himself face to face with his wayward partner, Special Agent Ty Grady. They have to deal with the uncertainty lingering between them while they work to retrieve their intended mark, a retired hit man and CIA wet-works operative named Julian Cross. Ty, once a Marine and now an FBI hotshot, has a penchant for being unpredictable, a trait Zane can vouch for. Zane is a man who once lived for his job but has come to realize his heartbreaking past doesn't have to overshadow his future. They're partners, friends, lovers, and the go-to team for unusual cases. With Cross and his innocuous boyfriend, Cameron Jacobs, in tow, Ty and Zane must navigate the obstacles of a cross-country trek, including TSA pat-downs, blizzards, their uncooperative prisoners, CIA kill teams, a desperate lack of sleep and caffeine, and each other. Ty and Zane are determined to get Julian Cross to DC in one piece, but it's starting to look like it might be the last thing they do.

Arlene's Thoughts
Armed & Dangerous is a perfect addition to the Cut & Run series. Despite Abigail Roux riding solo on this installment, she proved how well she knows both characters and her standalone performance didn't miss a beat when it came to penning a fantastic adventure with my two favorite characters Ty and Zane. Fast, furious and explosive!!

In Armed & Dangerous, both Zane and Ty are placed on an assignment where they’re required to “go dark” by flying off the radar as they bring a possible CIA informant in for the questioning of multiple agency issued murders. When they capture Julian Cross and Cameron Jacobs and escort them across several states, they soon find themselves the target of a higher order. They are then forced to team up to try and survive what could be a hit on not only their informant, but also themselves.

Overall, Roux delivered a slam dunk adventure that didn't skimp on romance, intrigue and just all around excitement. I enjoyed the banter between all four characters in this book and the chemistry they shared was a perfect blend of FANTASTIC! There were moments when Zane was ready to do a “happy dance or Snoopy skip” which didn't quite fit his personality, but despite that he felt just as real and true to character in this book as in all the others. I love the continual development in Ty and Zane’s relationship and being able to add a bit of spark and fire to their interactions by adding Julian and Cameron to the mix was downright bliss!!

This couple continues to be my top chart favorite and every time I finish an installment, I’m left craving for more. If this isn’t a full on addiction, then I don’t know what it. Love them to bits and pieces!!!

Crystal's Thoughts
I don't know what else I can possibly say about this series.  I have said I loved it, I have told you I have squeed from the rooftops and I know I have told you that Ty and Zane are my favorite couple ever.  Well this installment doesn't disappoint and my squees are getting louder and louder!

This time around Ty and Zane are told to bring in the only person who can bring down the person responsible for several murders.  There are two big problems.  1. The person responsible for the murders has been using government resources to carry out their hits which makes the problem an internal one and 2. the person that they need to bring in doesn't want any part of it and is very good and escaping.  Ty and Zane definitely meet their match in Armed & dangerous and honestly I loved every minute of it!

I won't lie I was a little worried about this book since this is the first one that Abigail Roux wrote without her trusty sidekick co author and I have to say my worries were not needed.  With the exception of a few scenes I think Roux did a pretty phenomenal job keeping the characters the same.  I'm sure my few hangups were just my own personal ones because looking back I see now that both Ty and Zane needed to grow a little and their relationship did need a softer side.  It can't all be rough and sarcastic right?  There is still plenty of laugh out loud moments and quite a few hilarious snarky conversations to keep me happy so all the sweet stuff fell right in the middle and fit in nicely.

These two are amazing and I can't wait to see what is next for them.  After 5 books I am starting to wonder when the other shoe will drop but I have faith in the author that she won't break our hearts too bad when it happens.  Ty and Zane are just too perfect and deserve the best storylines! 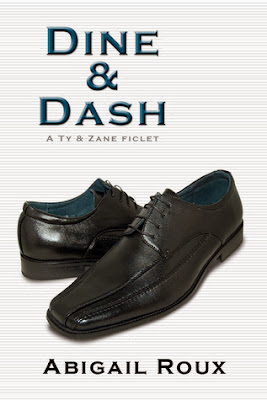 
Arlene's Thoughts
If you just can't get enough of Ty and Zane, this quick hit novella will do the trick. Just a brief rendezvous for these two characters that had steam coming out of my eReader. Abigail Roux sure knows how to blast the chemistry off the pages with these two characters. More please!!!

Best to read this after Armed & Dangerous #5.