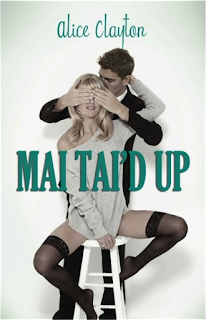 The gossip mill in the seaside community of Monterey is churning about Chloe Patterson, the newcomer who is starting a sanctuary for rescued pit bulls. It’s rumored that she’s a former beauty queen (true) who ditched her fiancé the morning of their wedding (also true). And that while she’s not looking for a new man, the good-looking local veterinarian has his eye on her. Absolutely, positively true.

When Lucas Campbell isn’t at the family veterinary clinic, he’s paddle boarding in Monterey Bay. Recently single, he’s definitely not in the market for a new relationship, but he still can’t resist taking a second, third, and fourth look at the recent arrival of Miss Golden State.

Neither Lucas nor Chloe has any interest in being tied down. Being tied up, however—now there’s a thought. But are a few Mai Tais, a moonlit night, and the music of Frank Sinatra enough to allow them both to forget their past? Let’s hope Ol’ Blue Eyes knows what he’s doing.

Mix one part tiki, one part kinky, and a splash of old black magic matchmaking, and it’s time to be . . . Mai Tai’d Up.

My Thoughts
Another fun installment to the Cocktail series by Alice Clayton! Sweet, sexy and fun. Perfect romantic fix!

Chloe Patterson, a former beauty queen, is about to embark on an exciting new chapter of life as she prepares to marry her perfect match. But when doubts set in and she walks out on her wedding, she heads for a seaside town in Monterrey to figure out what she really wants out of life.

As she begins to redefine herself and with the help of the local veterinarian, Lucas Campbell, she realizes running an animal rescue shelter and making her own decisions suits her much better. As Chloe and Lucas spend time together, it’s no doubt there’s definitely chemistry between the two. However, can Chloe share her secret with Lucas who happened to be ditched at the altar by someone he loved?

I really enjoyed this romantic comedy by Clayton. She definitely has a way of getting you to fall for her characters and Chloe Patterson was no exception. Her prim and proper ways was fun to read about and I enjoyed seeing this beauty queen do something meaningful with her life. I have a soft spot for animals, so her pit bull rescue shelter was a nice layer to the story.

Mai Tai’d up is a quick, fun and quirky read that is a sure hit for Clayton fans. I enjoyed it very much!