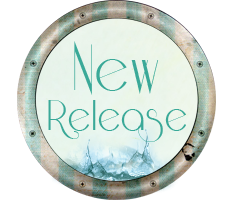 THROW DOWN BY TESSA BAILEY IS NOW AVAILABLE

He has one last chance to deserve the girl of his dreams... Overachiever River Purcell was never supposed to be a struggling single mom, working double shifts just to make ends meet. Nor was she supposed to be abandoned by her high school sweetheart, breaking her heart into a thousand jagged pieces. Now Vaughn De Matteo is back in town, his sights set on her...and River is in danger of drowning a second time. No one believed Hook's resident bad boy was good enough for River. Not even Vaughn himself. But he'll fight like hell to win back the woman he never stopped loving, to keep the daughter he never expected, and convince himself he's worth their love in the process––even if he has to rely on their fierce and undeniable sexual chemistry. But even as River's body arches under his hungered touch, the demons of the past lurk in the shadows. Waiting for Vaughn to repeat his mistakes one last time…

About Tessa:
Tessa Bailey is originally from Carlsbad, California. The day after high school graduation, she packed her yearbook, ripped jeans and laptop, driving cross-country to New York City in under four days. Her most valuable life experiences were learned thereafter while waitressing at K-Dees, a Manhattan pub owned by her uncle. Inside those four walls, she met her husband, best friend and discovered the magic of classic rock, managing to put herself through Kingsborough Community College and the English program at Pace University at the same time. Several stunted attempts to enter the work force as a journalist followed, but romance writing continued to demand her attention. She now lives in Long Island, New York with her husband of eight years and four-year-old daughter. Although she is severely sleep-deprived, she is incredibly happy to be living her dream of writing about people falling in love.
Social Media Links
Website  |  Twitter  |  Goodreads
Posted by Waves of Fiction at 1:00 AM