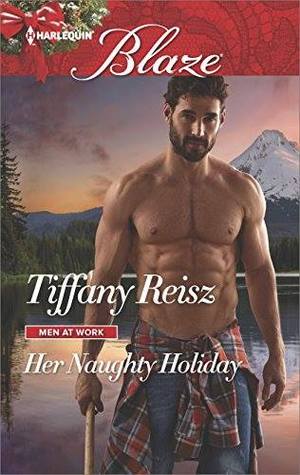 A feast she wasn't expecting!

Clover Greene would sooner crawl into her oven than host family for Thanksgiving dinner. Yet another annual ritual of too much food, served with a side of criticism over "Clover's Bad Life Choices." This year, she needs to distract them all—with a handsome fake boyfriend. And she has the perfect guy in mind.

Contractor Erick Fields is the poster boy for sexy single dads, and Clover has been secretly crushing on him for ages. She certainly wasn't expecting Erick to agree to her insane charade…or to add lots of hot, wicked sex to the deal. If they can pull it off, the worst Thanksgiving ever might give them something to be really thankful for!

My Thoughts:
Clover is dreading Thanksgiving where her family have inviting themselves to her house for dinner. She’s the only one of the Greene children unmarried and without kids, a fact that her whole family count as a failure.  Never mind that Clover’s started her own successful business, a garden nursery, doing something she loves, working with plants and nature.  The passive aggressive comments or digs wrapped in weak compliments make family time almost unbearable.

To help get her family to back off, her assistant, seventeen year old Ruthie suggest she get a fake boyfriend for the week. Ruthie has just the man in mind, her father Erick, and with a little luck Ruthie’s hoping it will turn out to be the real deal.  She loves Clover and couldn’t imagine a cooler stepmother or a better woman for her dad.

Erick has harbored a crush on Clover ever since she took a chance on his daughter and hired her, but he didn’t want to make things awkward for Ruthie, until she obviously sets them up.  So when Clover asks for his help by pretending to be her boyfriend for the week, he jumps at the chance.  Erick makes it clear offering up his body for delicious hot sex is part of the package when you get a “fake” boyfriend for the week!

I adored both Erick and Clover!  Erick was a complete sweetheart, raising a wonderful and spirited daughter, mostly on his own.  The way he bolstered Clover’s confidence, acknowledging and appreciating her accomplishments, and then standing up for her to her family just made me swoon!  Clover was a hard working woman with a lot of heart.  She took a chance on Ruthie hiring her, and channeled all Ruthie’s energy into good instead of anarchy (even if it was for a good reason).

Once again the setting of Lost Lake in Oregon had me itching to rent my very own woodsy cabin for a peaceful, secluded retreat. I want to cozy up by the fire as it quietly drizzles out in the woods or maybe watch the sunrise over the lake with my hubby! I actually started looking through some rentals on VRBO after I finished!

I love how Tiffany Reisz manages to make a romance feel realistic with the normal insecurities that creep in, and yet oh-so-hot! Erick was very good at making Clover realize that she was sexy, accomplished and sweet.  This romance was sizzling, playful and so much fun!  I can’t wait for the final installment, One Hot December, in the Men at Work series!

Posted by Rachel @Waves of Fiction at 9:49 PM