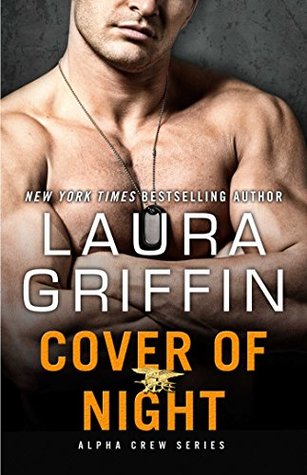 Sparks fly when a journalist and a Navy SEAL cross paths in Thailand in this third entry in the thrilling and sexy Alpha Crew series from New York Times bestselling author Laura Griffin.

Journalist Karly Bonham is on her first overseas mission, covering the new United States ambassador to Thailand, when she is taken hostage by terrorists, with only her wits and courage to keep her alive—until help arrives in the form of Navy SEAL Ethan Dunn.

As part of an elite SEAL team called Alpha Crew, Ethan has been on countless harrowing missions, but he knows this one is different the instant he meets Karly—the sexy young reporter who somehow managed to escape the terrorists’ clutches. Ethan is impressed by her, especially when he learns she has intel that could be the key to a successful rescue op. Ethan knows working with a civilian raises the stakes on an already dangerous mission. But with the clock ticking down, he enlists Karly’s help to thwart a vicious plot and bring a terrorist mastermind to justice.


My Thoughts:
Karly’s career has taken a positive, upward direction when she’s to cover the US Ambassador’s trip to Thailand at a paradise-like resort.  It soon turns into a nightmare when terrorists invade and take over. Karly manages to escape their clutches and proves to be a useful source of information and help for the Navy SEAL Team sent in for reconnaissance and rescue.  Ethan, one of the SEAL operatives, is struck by Karly’s resourcefulness, and in amongst the chaos of the situation they share an intense, heated attraction.  Can their brief interaction lead to more in real-life?  Ethan’s never felt the way he feels for anyone but Karly, so he hopes so.  Trouble is Karly’s been recently burned by a long-distance relationship, putting her trust in the wrong man, and so she’s very hesitant about getting involved with Ethan.  She can tell her feelings could grow to love very easily and doesn’t want her heart shattered.

Their romance was kindled during an intense, dangerous situation where emotions were running high.  The little amount of time Ethan and Karly got to know each other may have been condensed, but they got to know each other on a base level, under pressure and were irrevocably connected.  I enjoyed their story, both had realistic insecurities, even so, it was sexy as hell. I do wish Karly would’ve done a little less avoiding, wasting precious time that could’ve been spent together, but it was short lived (the story is only 166 pages), so I can’t complain.

Cover of Night was a thrilling, fast-paced, sexy romance that you could easily blow through in one sitting!