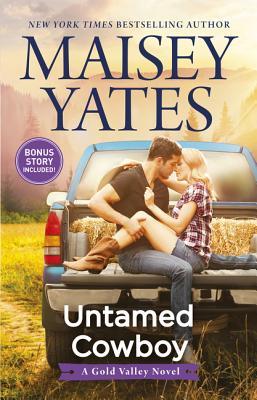 In Gold Valley, Oregon, love might be hiding in plain sight…

Some things are too perfect to mess with. Bennett Dodge’s relationship with Kaylee Capshaw is one of them. They work together at their veterinary clinic and have been best friends for years. When Bennett’s world is rocked by the appearance of a son he didn’t know he had, he needs Kaylee more than ever. And he doesn’t want anything else to change. But then Kaylee kisses him, and nothing will ever be the same…

Kaylee’s done her best to keep her feelings for the man she’s loved since high school hidden away, but one unguarded moment changes everything, and now there’s no more denying the chemistry that burns between them. But the explosion of desire changes all the rules, and what’s left could destroy their bond—or bring them to a love that’s deeper than she ever imagined…

My Thoughts:
Kaylee has been in love with her best friend Bennett Dodge since they were teenagers but hasn’t ever revealed her feelings and has had to endure the pain of watching him date other women.  I felt Kaylee’s yearning and pain acutely.

Yes, I wanted to smack Bennett for being so clueless, he did have some reasons why he just never let his brain go there, think of his best friend in that way, but still! His circumstances change abruptly, he has a son that he didn’t know about dumped on his door, and the emotional upheaval it produces causes him to need and rely on Kaylee like he’s never had to before.  Finally, Bennett starts to see Kaylee as more than his best friend!

I was happy once things were out in the open there were no games played.  Just honest feelings and the delight of falling romantically for someone you already know and love so well. And these two had some delicious, hot chemistry so it made it worth the wait!

I was invested in everything working out with Bennett’s son, Dallas, I felt bad for that kid! Selfishness and neglect leave an emotional mark, and it was hard for Dallas to believe he’d be cared for and loved. Kaylee, given her upbringing, was the perfect person to listen and understand Dallas, and it was fortunate Bennett had her for support and mediation.

As usual Maisey Yates brings all the feels out with Untamed Cowboy! Bennett losing his mother at a young age, Dallas having a crap one, and Kaylee’s neglectful, unloving parents added a real emotional aspect that made me teary here and there!   Then there was the romance.  Unrequited love has a special sort of pain, and Kaylee’s was palpable, but that just made their (Highlight for spoiler) HEA, come on you know they’re gonna get together, this is a romance! (End of spoiler) all the more sweet!

As if that wasn’t enough to make you want to run out and read this, there’s a bonus short story, Mail Order Cowboy.  Surprise baby, bewildered cowboy, and sweet nanny make for a short, hot read!

The lovely people of Harlequin generously provided a Paperback Copy of Untamed Cowboy to giveaway to one lucky follower.  Fill out the rafflecopter for a chance to win.  Giveaway is open to US residents only.  Good luck!

a Rafflecopter giveaway
Posted by Rachel @Waves of Fiction at 10:29 AM