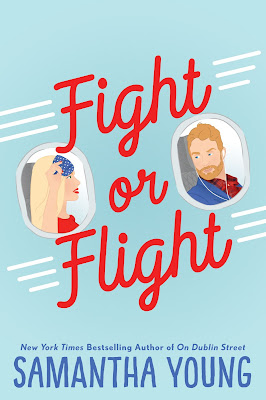 
A series of chance encounters leads to a sizzling new romance from the New York Times bestselling author of the On Dublin Street series.

The universe is conspiring against Ava Breevort. As if flying back to Phoenix to bury a childhood friend wasn't hell enough, a cloud of volcanic ash traveling from overseas delayed her flight back home to Boston. Her last ditch attempt to salvage the trip was thwarted by an arrogant Scotsman, Caleb Scott, who steals a first class seat out from under her. Then over the course of their journey home, their antagonism somehow lands them in bed for the steamiest layover Ava's ever had. And that's all it was--until Caleb shows up on her doorstep.

When pure chance pulls Ava back into Caleb's orbit, he proposes they enjoy their physical connection while he's stranded in Boston. Ava agrees, knowing her heart's in no danger since a) she barely likes Caleb and b) his existence in her life is temporary. Not long thereafter Ava realizes she's made a terrible error because as it turns out Caleb Scott isn't quite so unlikeable after all. When his stay in Boston becomes permanent, Ava must decide whether to fight her feelings for him or give into them. But even if she does decide to risk her heart on Caleb, there is no guarantee her stubborn Scot will want to risk his heart on her....

My Thoughts:
Caleb was such a total dick at the beginning and I seriously wanted to smack that guy at first! But there was a definite attraction from the start, in between the all loathing and murderous thoughts. Maybe these two would’ve parted ways just thinking “wow, that guy was a total ass” and “wow, that woman was a shallow, self-absorbed Barbie” but they were thrown together so much revealing the real person underneath all that bluster, changing their feelings of hate into desire.  Thinking they’ll only have one night they give in to the pull between them only to find out later their paths are not yet separating.

Their encounter is out-of-this-world good, so when it’s apparent they’ll be around each other more, Caleb and Ava agree to “just sex”, which, of course, ends up leading more complex emotions.  Caleb continues to pretend to not want anything more, but his actions say something else entirely, and Ava can’t deny the intensity of her growing feelings.  Painful pasts make taking a chance difficult.  Ava’s is revealed early on, and boy could I sympathize! What shitty friends!   Caleb’s is revealed later on; partly because that’s how the story went, and partly because we don’t get his POV.  I really would’ve liked his POV included.

Caleb’s Scottish accent is written in the story and I have to say it was distraction and a bit annoying. I did finally just skim over those bits, and after a while it became easy to ignore.  Still, I highly recommend Fight or Flight!  It was a lot of fun, clever banter back and forth with plenty of sniping at first, and the irresistible attraction a-brewing was delightfully delicious! 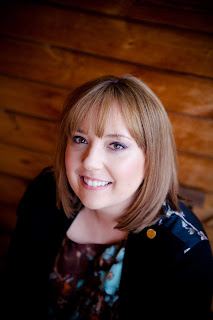 Berkley has generously provided A Paperback Copy of Fight or Flight to one lucky reader.  Giveaway is open to US Residents only. Please fill out the rafflecopter for a chance to win.  Good luck!