Review: A Wedding in December by Sarah Morgan 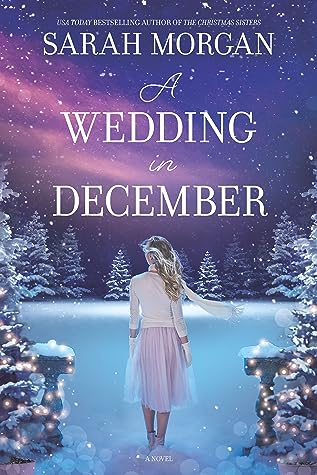 This funny, charming and heartwarming new Christmas novel is USA TODAY bestselling author Sarah Morgan at her festive best!
In the snowy perfection of Aspen, the White family gathers for youngest daughter Rosie’s whirlwind Christmas wedding. First to arrive are the bride’s parents, Maggie and Nick. Their daughter’s marriage is a milestone they are determined to celebrate wholeheartedly, but they are hiding a huge secret of their own: they are on the brink of divorce. After living apart for the last six months, the last thing they need is to be trapped together in an irresistibly romantic winter wonderland.
Rosie’s older sister, Katie, is also dreading the wedding. Worried that impulsive, sweet-hearted Rosie is making a mistake, Katie is determined to save her sister from herself! If only the irritatingly good-looking best man, Jordan, would stop interfering with her plans…
Bride-to-be Rosie loves her fiancé but is having serious second thoughts. Except everyone has arrived—how can she tell them she’s not sure? As the big day gets closer, and emotions run even higher, this is one White family Christmas none of them will ever forget

My Thoughts:
A Wedding in December centers around the three White women: Maggie the mom, and her two adult girls, Katie and Gracie, each having their own life crisis. Twenty-two-year-old Gracie calls home to announce she’s getting married on Christmas Eve, in Aspen, Colorado, disrupting their family tradition of Christmas in at home in the family home of Honeysuckle Cottage, Oxford, England, and the wedding is to take place in just a few weeks.

Maggie has been separated from Nick after thirty-two years of marriage and they’re headed for divorce, even though they don’t hate each other and the thought fills Maggie with sadness. She convinces her estranged husband to pretend they’re still together so as not to ruin Gracie’s wedding with their news.

Katie, an ER doctor, had a traumatic experience at work, and is dealing with PTSD, but even before that her job had been sucking the life out of her.  When Katie hears the news of her sister’s impending wedding, she’s sure this is just another one of Gracie’s rash decisions, so she makes plans to go and stop it before Gracie makes a huge mistake.

Gracie is getting married to a man she loves with her whole heart, but after speaking with her mom and sister she wonders if she was a little impulsive making the date so soon. Is she making the right choice?

The White family arrive in Aspen to a winter wonderland, but will their troubles spoil the beauty?

I was so charmed by this story even if I did want to shake the characters a time or two. All their problems felt realistic and understandable, even if I thought the solutions were simple if they just took the time to step back and analyze.  I feel like I could be guilty of irrational and unreasonable reactions when dealing with high emotions, with people I love, so I could totally understand where each person was coming from.  With that said, I think Katie tried my patience the most, because I felt like she was butting in where she had no business.  However, in the context of Katie’s life and their upbringing I could understand even though she was creating drama, it stemmed from love.

I think I was most invested in Maggie and Nick’s story, because I felt sort of a bond being of a similar age and being married the same amount of years. I really wanted these two to work things out, there didn’t seem any good reason not to. Gracie’s wedding forced them to spend time together in sort of a fake “second honeymoon” situation that led to rediscovery of feelings, passion and love. I adored their journey!

A Wedding in December touched my heart and made me root for the happiness of every characters! And the setting of Christmas in Aspen, snow, pine trees, gondola rides, snowball fights, and warm fires was perfection! Beautifully described and just so lovely! Perfect read for this time of year! 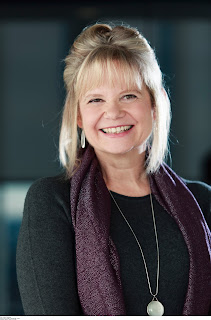 Author Bio: USA Today bestselling author Sarah Morgan writes hot, happy, contemporary romance and women’s fiction, and her trademark humor and sensuality have gained her fans across the globe. Described as “a magician with words” by RT Book Reviews, she has sold more than eleven million copies of her books. She was nominated three years in succession for the prestigious RITA® Award from the Romance Writers of America and won the award three times: once in 2012 for Doukakis’s Apprentice, in 2013 for A Night of No Return and in 2017 for Miracle on 5th Avenue. She also won the RT Reviewers’ Choice Award in 2012 and has made numerous appearances in their Top Pick slot. As a child, Sarah dreamed of being a writer, and although she took a few interesting detours along the way, she is now living that dream. Sarah lives near London, England, with her husband and children, and when she isn’t reading or writing, she loves being outdoors, preferably on vacation so she can forget the house needs tidying.