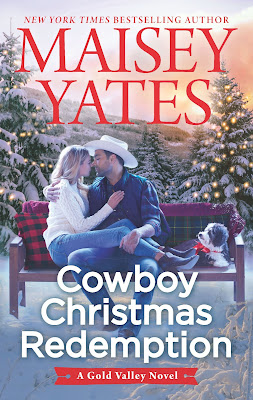 As snowflakes fall in Gold Valley, Oregon, will this rugged cowboy finally win the woman of his dreams?

Cowboy Caleb Dalton has loved single mom Ellie Bell, and her little daughter, Amelia, for years. But since Ellie is his best friend's widow, Caleb's head knows Ellie will always be strictly off-limits. If only his heart got the memo. So when Caleb discovers that Ellie has a Christmas wish list--and hopes for a kiss under the mistletoe--he's throwing his cowboy hat into the ring. If anyone's going to be kissing Ellie and sharing this magical time with her and her daughter, it's him.

Ellie has dreaded the holidays since losing her husband. But this year, she's finally ready to make some changes. She never expects the biggest change to be the heart-stopping kiss she shares with Caleb. For almost five years, Caleb has been her best friend, her rock, her salvation. This Christmas, can Caleb prove he's also the missing puzzle piece of Ellie's and Amelia's hearts?

My Thoughts:
It’s easy to see how Caleb would feel too guilty to make a move on Clint’s widow even though he’s been dead for over four years, since he had feelings for Ellie while Clint was alive, and they were married. He never acted on them, but he did pine for Ellie.  Even before Ellie, Caleb held a mixture of conflicting emotions towards Clint.  He loved Clint like a brother but was also jealous of him over the way his father would compare the two and find Caleb lacking.

After Clint’s death Caleb made it his mission to be there for Ellie and her daughter Amelia, he was even there for her birth, and all these years he’s held himself back from showing his true feelings of desire and love towards Ellie because he never thought she’d see him as anything other than a friend and she’s never even shown interest in any man at all.  But when Ellie makes it clear she wants to move on with her life romantically, Caleb can’t bear for it to be any other man but him. He held himself back because it was Clint, but he’ll be damned if he steps aside for any other man.

Ellie wants lightness, and fun back in her life after grieving for Clint so long it’s not fair for her or her daughter to live with a cloud of sadness hanging over them so she makes a Christmas list to help them move on and put more joy into their lives. Part of the list is only for Ellie, though: going out dancing with a man, kissing by the fire, and yes, sex, but as she sets out to accomplish the items on her list, it becomes apparent that not just any cowboy will do. Caleb Dalton becomes integral to fulfilling her needs and desires, and it scares her to feel this intense, almost obsessive kind of want that bubbles up inside her.

I loved how Ellie and Caleb essentially already loved each other, but when Ellie decided to live for the present and future instead of mourning the past, it changed the way she looked at him. Once the veil of “just friends” was taken down it awakened a powerful desire!  Ellie always thought Caleb was incredibly handsome, but never let her brain venture further, but once the roadblocks were taken away, their attraction was electric! Caleb always kept his passion for Ellie leashed, but once she made it clear she wanted more, all bets were off, he was through being her “safe, easy friend”, and oh, the results were hot!

Unrequited love is one of my favorite romance tropes, so I’ve been looking forward to Caleb and Ellie’s story for quite some time! It wasn’t without some bumps along the way, but anyone with eyes knew these two belonged together!  I think they both got their Christmas wishes and then some by the end!

*I just checked and Cowboy Christmas Redemption is a Cyber Monday Deal at Amazon for $1.99! 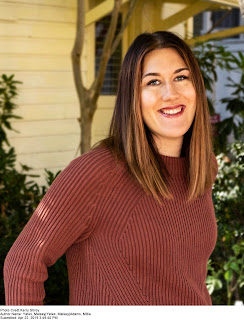 Author Bio: New York Times Bestselling author Maisey Yates lives in rural Oregon with her three children and her husband, whose chiseled jaw and arresting features continue to make her swoon. She feels the epic trek she takes several times a day from her office to her coffee maker is a true example of her pioneer spirit.