I've read a few of the Eve Duncan series in the past, long before Goodreads and it's a series I've meant to get back to, so I'm happy I've finally got the chance. I’m about a third of the way through The Persuasion right now which is focused on Eve's adoptive daughter, Jane.

Jane’s all grown-up and embroiled in her own dangers with Seth Caleb at her side. Jane’s not entirely happy about that as she broke things off with him, but she needs his help to find whoever has targeted her.  There's some passionate history between these two, and I can tell that even though technically they're no longer a couple it's just a matter of time before they're together again.  There's been some action and thrills and it's become apparent someone sinister has set their sights on Eve.

I'm enjoying the story so I'm thrilled that the publisher has generously offered up two copies to giveaway to two readers! Scroll down below to fill out the rafflecopter for a chance to win! 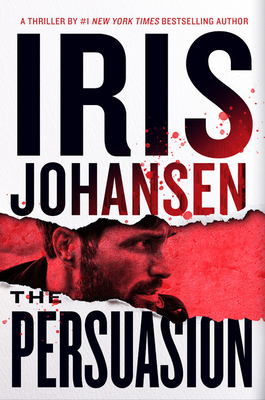 When Eve Duncan's daughter, Jane MacGuire, becomes a killer's target, Jane must team up with longtime love interest Seth Caleb in this thrilling novel from the #1 bestselling author of Smokescreen.

Forensic sculptor Eve Duncan and ex-Navy Seal Joe Quinn are about to give Seth Caleb their trust for the most important duty of his life: keeping their daughter, Jane, safe at any cost. Her talent as an artist has caught the attention of a brilliant psychopath with a violent past.

Seth, Jane's strongest ally and fiercest protector, is determined to keep her out of danger, but that becomes nearly impossible when Jane is forced to take matters into her own hands and confronts the madman who wants her for himself...and wants Seth Caleb dead.

As Jane and Seth chase down their blood-thirsty adversary, they also have to reckon with their own epic love story. Can they finally commit to a life together, no matter how uncertain? As the two come face to face with danger, one thing is made clear: it will take both of them to confront and defeat this evil.

Grand Central Publishing has kindly provided two copies to giveaway to two readers! The giveaway is open to US and CA readers only. Fill out the rafflecopter for a chance to win. Good luck!