Blog Tour & Review: Watch Over Me by Tara Sivec


About the book
Addison Snow is your typical teenager. She has a family that loves her, friends that make her laugh, and she's wrapped up in the excitement of graduating high school and going off to college to pursue her dream of becoming an author. When her mother, who also happens to be Addison's best friend, dies unexpectedly, her world comes to a crashing halt.
Death changes everyone...

To make the pain go away, Addison and her father travel down separate, dark paths. She chooses to end her grief forever, while he drowns his sorrows in the bottom of a bottle. How do you learn to live again when the most important person in your life is gone?

Addison struggles to pick up the pieces of her life. Instead of getting back to being the carefree teenager she once was, she's stuck handling all of the responsibilities that should have been her father's. She has no time to grieve, no time for emotions, and no time for happiness...until Zander Reinhardt walks in. All it takes is one little handwritten note on a napkin to kick­start her back to life and help her realize that maybe there's more to that life than pain.

But can it really be that simple? Can she really trust this man who makes her feel alive again for the first time in a year?

Addison and Zander both have secrets they aren't ready to share. When the truth finally comes out, is it enough to tear them apart or has something bigger than themselves always been watching over them, pushing them together, making sure they both get their happily ever after?

Tara Sivec has made me laugh, fall in love with fictional people, and now bring me to the verge of tears with her newest novel Watch Over Me. I’ve read every single Sivec novel, and I’ve come to one resounding conclusion… when I open her books I have no clue what I’m in for, but I can always count on the fact that I’m going to enjoy the journey she has in store for me. Awesome writer, story teller and comedian that has managed to land top spot on my list of favorite authors. Again I say… Love.Love.Love!!

Addison has learned at that young age of nineteen the pain and despair of losing a parent. When her mother was diagnosed with Leukemia, Addison fought alongside her mom every step of the way believing she’d overcome the disease. Unfortunately, her mom lost her battle to cancer and Addison lost her faith in life. Struggling to keep the family business going while her father constantly fails at overcoming his substance addiction, Addison begins her own battle against depression, anger, sadness and pain.

When Zander comes into her life, he begins to comfort Addison and help her heal in a way that medication or therapy would never be able to achieve. Most of all he helps her realize that she’s not broken, that no matter her issues and pain, they won’t break her. All of that comes to a crashing halt when his secret is revealed and Addison loses perspective once again.

First off, I have to say that I adored Zander. He’s the quintessential perfect guy that can do no wrong, until he makes an honest mistake that is. :( But I rooted for him the entire time, and I enjoyed his napkin messages to Addison, as well as his way of handling her resistance to exploring a possible relationship. He made her laugh despite her reluctance to smile, he made her feel that life was worth living when all she wanted to do was give up, but most importantly he helped her realize that she couldn't or shouldn't do it alone. Great character that won me over instantly!

“Did you just call me Napkin Guy?” [Zander] asks with a laugh. “My name’s actually Zander. And Stalkers Anonymous is on the fourth floor, and they only meet on days when the person they’re stalking is busy or when Creepers Consortium is cancelled.”

In addition, I have to mention what a great job Sivec did in crafting a character that had passed away prior to the onset of the novel. To get such a vivid sense of Addison’s mom through perfectly plotted flashbacks, I can only imagine the hurt Addison was suffering from losing such a wonderful woman. The Facebook messages really moved me, and the Dr. Thompson moments were all executed to precision to bring clarity and emotion to the situation.

Addison's friend Meg was a perfect addition to novel. I really came to care for her and I hope one day Sivec explores this character a bit more. I would love to read more about Meg. InWatch Over Me, she symbolized the importance of friendship and having a shoulder to cry on. Despite struggling against her own demons, Meg was a perfect friend and beautiful character. I adored her and I hope she gets her own stage someday.

Overall, I can’t say enough how much I enjoy Sivec’s novels. She has so many different layers to her writing skills that she leaves me awe-struck every time I come across a new novel of hers. To be able to craft stories that make people laugh, have them sitting edge of their seats, or simply reaching for a tissue proves that her pen is filled with limitless magic. Perfectly done!

Watch Over Me Music Playlist 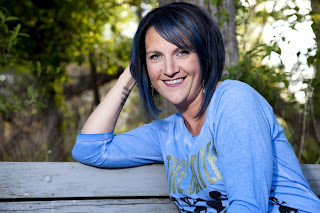 T.E. Sivec is the pen name for Tara Sivec. Under T.E. Sivec, she delves into a more serious genre that is

her absolute favorite to read ­ romantic suspense. She loves reading a book and feeling her heart speed up with anticipation and wanted to be able to give that feeling to her fans.
T.E. lives in Ohio with her husband and two children, living the dream of being a full­time writer. 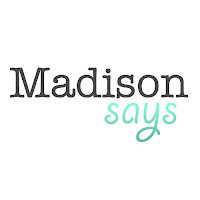