Review: Tatiana and Alexander (The Bronze Horseman #2) by Paullina Simons 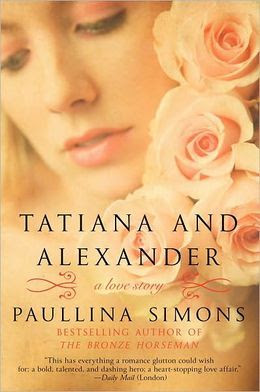 Tatiana is eighteen years old, pregnant, and widowed when she escapes war-torn Leningrad to find a new life in America. But the ghosts of her past do not rest easily. She becomes consumed by the belief that her husband, Red Army officer Alexander Belov, is still alive and needs her desperately.

Meanwhile, oceans and continents away in the Soviet Union, Alexander barely escapes execution, and is forced to lead a battalion of soldiers considered expendable by the Soviet high command. Yet Alexander is determined to take his men through the ruins of Europe in one last desperate bid to escape Stalin's death machine and somehow find his way to Tatiana once again.

Tatiana and Alexander, by Paullina Simmons, is a great sequel to The Bronze Horseman. Absolutley perfect! I could not have asked for anything more as I sought to complete my journey with these two characters. The story is about two protagonists that share a love so strong that even fate and a world war can't keep them apart. The story continues to paint a vivid picture of a heroic and strong Red Army officer and a girl who refuses to let a war torn country keep them apart.

After inevitable events force Tatiana and Alexander to go their separate paths, a pregnant Tatiana flees to America, leaving Alexander to face the grim circumstances and brutality of a corrupt communist Russia. In this book, the reader learns about Alexander's back story along with the anguish these two characters face in their separation. The story provides a different perspective to the suffering of soldiers in World War II, and the violence and betrayal many of them faced, including Alexander, as they fought for a country that was determined to punish them for their courage and loyalty. Simmons paints a painful account of the Russian war against Germany and fills her storyline with a love between two people that refuse to let a corrupt government and a senseless war come between them, no matter what the costs may be.

The novel Tatiana and Alexander ended perfectly in my opinion. I don't know what else the author could add to their story to make it more complete for me. I am hesitant to move on to the sequel Summer Garden because I've been victim of continuing on with a series for the love of the characters and finding myself extremely disappointed by the author for not ending it when the characters had completed their journey. I highly recommend the sequel to The Bronze Horseman, but the jury is still out as to whether I will read the final installment to this series. The Bronze Horseman and Tatiana and Alexander have moved up to the top of my list as my favored series. Great story of love, triumph and sacrifice. Bar none IMHO.
5 Suns