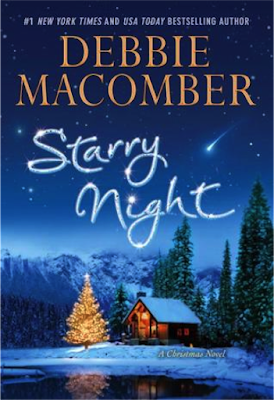 ’Tis the season for romance, second chances, and Christmas cheer with this new novel from Debbie Macomber.

Carrie Slayton, a big-city society-page columnist, longs to write more serious news stories. So her editor hands her a challenge: She can cover any topic she wants, but only if she first scores the paper an interview with Finn Dalton, the notoriously reclusive author.


Living in the remote Alaskan wilderness, Finn has written a mega-bestselling memoir about surviving in the wild. But he stubbornly declines to speak to anyone in the press, and no one even knows exactly where he lives.

Digging deep into Finn’s past, Carrie develops a theory on his whereabouts. It is the holidays, but her career is at stake, so she forsakes her family celebrations and flies out to snowy Alaska. When she finally finds Finn, she discovers a man both more charismatic and more stubborn than she even expected. And soon she is torn between pursuing the story of a lifetime and following her heart.

Filled with all the comforts and joys of Christmastime, Starry Night is a delightful novel of finding happiness in the most surprising places. 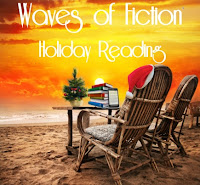 My Thoughts
Winter perfection!
Carrie Slayton is a reporter for a Chicago newspaper who takes on a writing assignment in an effort to be promoted from having to covering the Society section to something more fulfilling. She doesn’t realize how challenging this new assignment will be until she is informed that her task is to interview the elusive best selling author Finn Dalton that has published a memoir about surviving in the wild.

Carrie’s persistent ways take her to the Alaskan tundra and convinces a bush pilot to fly her to the remote location where she might find Finn and land an interview.

Forced to put up with a reported that’s invaded his quiet and isolated existence, Finn is determined to maintain his privacy and refuses to grant Carrie an interview that can change her career. However, when she’s forced to remain with him for 48 hours until the snow dies down and a pilot can safely return, these two begin to discover an attraction that surprises them both. Carrie is then forced to make a decision about her career, where publishing an article on Finn can disrupt his quiet existence and land her the job of a lifetime, or sacrifice a love the neither of them expected.

Starry Night is my favorite Christmas novel to date! It’s beautifully written and evenly paced, which makes the romance and connection between Finn and Carrie believable and romantic.

I loved their moments together, and especially enjoyed getting to know Carrie who was just a downright amazing character and good person! She won me over in a heartbeat and continued to prove by her actions that she was a worthy character.

Finn and Carrie truly had a wonderful Christmas love story to share, and I’m glad I came across Starry Night. Once again… beautiful!