Review: The Red Queen (The Cousins' War #2) by Philippa Gregory 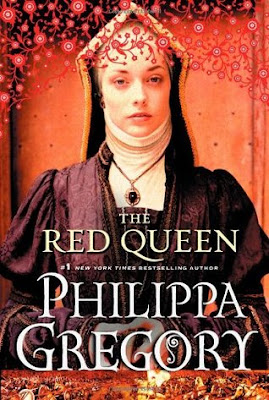 The Red Queen (The Cousins' War #2) by Philippa Gregory

The second book in Philippa's stunning new trilogy, The Cousins War, brings to life the story of Margaret Beaufort, a shadowy and mysterious character in the first book of the series - The White Queen - but who now takes centre stage in the bitter struggle of The War of the Roses.

The Red Queen tells the story of the child-bride of Edmund Tudor, who, although widowed in her early teens, uses her determination of character and wily plotting to infiltrate the house of York under the guise of loyal friend and servant, undermine the support for Richard III and ultimately ensure that her only son, Henry Tudor, triumphs as King of England.

Through collaboration with the dowager Queen Elizabeth Woodville, Margaret agrees a betrothal between Henry and Elizabeth's daughter, thereby uniting the families and resolving the Cousins War once and for all by founding of the Tudor dynasty.

My Thoughts
I’m a huge fan of Philippa Gregory’s novels, and I was absolutely captivated by the first installment of The Cousin’s War. So much so, that I’ve started to watch the TV series! However, I didn’t find this book as interesting as the first installment. I struggled with the narrator, and I didn't find her likable in the least!

The Red Queen casts Margaret Beaufort as the main character where she narrates her struggle to bring her only son Henry Tudor to the throne. As years go by, she’s convinced that she’s graced by God to see her son succeed as the King of England. The struggle of The War of the Roses shares the constant plotting and fighting between the Yorks and Lancasters, each determined to hold on to the throne. Ultimately, Queen Elizabeth Woodville and Margaret Beaufort agree to betroth their children Henry and Elizabeth in an attempt to unify the two families and end the Cousin’s War.

As I mentioned before, I found the narrator Margaret Beaufort extremely difficult to like, which made the flow of the story hard to catch. She was somewhat obtuse and ignorant when it came to certain people, especially her second husband Henry Stafford who she callously compared him to a “lapdog.” Every action and sentiment he expressed was clear that he wanted to take care of and protect Margaret, and she was too dense to see that until the end. I feel she deserved the callous treatment of her third husband Thomas Stanley, but that didn’t stop her ambitious plotting to bring her son to power.

Throughout the novel, she was convinced she was graced by God to see her son to the throne. but I felt her actions and feelings were contradictory to her religious motivations.

Overall, this story felt slow going because I really didn’t want to be in Margaret’s company. I still find the overall series fascinating and will definitely continue with the final installment.