I love the Reaper's Motorcycle Club series by Joanna Wylde so I'm excited I get to showcase her new cover for the first in the series, Reaper's Property! 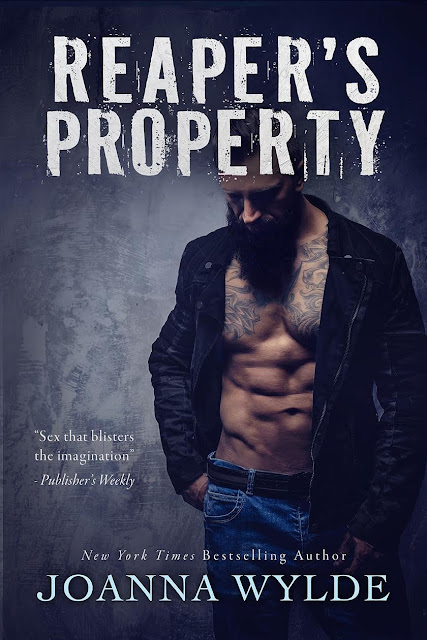 Reaper’s Property by Joanna Wylde has a NEW COVER!

Meet Horse & Marie for ONLY $3.99 (normally $7.99)
Author’s Note: This book was originally released through a small publisher in 2013. This independent edition has been lightly edited, and contains a bonus short, “Sticky Sweet” (originally published on the author’s website) and a Q&A with the author.

Marie doesn’t need a complication like Horse. The massive, tattooed badass biker who shows up at her brother’s house one afternoon doesn’t agree. He wants Marie on his bike and in his bed. Now.

But Marie just left her abusive jerk of an ex-husband and she’s not looking for a new man. Especially one like Horse. She doesn’t know his real name or where he lives. She’s ninety percent certain he’s a criminal and that the “business” he talked with her brother wasn’t website design. She needs him out of her life, which would be a snap if he wasn’t so damned sexy.

Horse is part of the Reapers Motorcycle Club, and when he wants something, he takes it. What is he wants is Marie, but she’s not interested in becoming some biker’s property.

Then her brother steals from the club. Now Marie can save him by giving Horse what he wants—at home, in public, on his bike… and if she’s a very, very good girl, he’ll let her brother live. 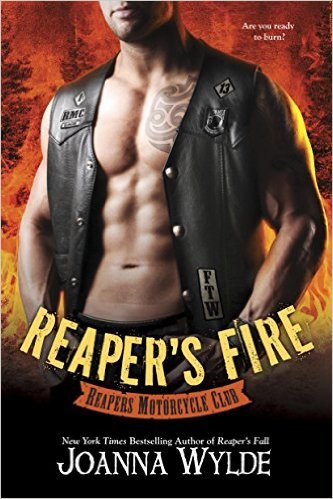 Posted by Rachel @Waves of Fiction at 1:00 PM