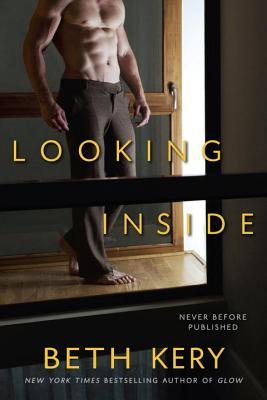 The New York Times bestselling author who brought you Glow, Glimmer, and The Affair is back with a new novel that will have you leaving the curtains open.

Are you just going to stand there and watch?

Eleanor Briggs just can’t help herself. Every night, the sight of the man in the high-rise across the street is driving her wild. She longs to feel his touch up close and personal. To win him over, she’ll need to shake off her wallflower sensibilities and become the seductress she never imagined she could be. The only trouble will be finding the perfect way to meet him…

Or are you going to join in?

Sex is easy for millionaire entrepreneur Trey Riordan. Finding something of substance, however, seems impossible. That is until a simple night of reading at a local coffee shop becomes something far steamier when a beautiful brunette comes by and leaves a note telling him to look out his bedroom window at midnight. But when the time comes, neither of them will be truly ready for what follows…

My Thoughts:
Eleanor has witnessed Trey Riorden from her bedroom window in “agonized longing” many a time and wished she were the woman he was focused on.  As somewhat of a wallflower all her life, hatching a plan to seduce Trey is well out of her comfort zone, but an opportunity presents and Eleanor takes it. She’s determined to be the kind of woman Trey would notice even if that means being daring and bold, and it works!

Trey and Eleanor can’t get enough of each other and their encounters were intense and made me very hot and bothered! I wasn’t all that thrilled with some of Eleanor’s dishonesty, but Trey saw right through them, so it wasn’t like waiting for a time bomb to go off when he found out the truth. I liked the growth and self discovery each character as they navigated their romance.

This is the first Beth Kery romance I’ve read and I was impressed by Looking Inside.  She wrote Eleanor and Trey with many layers; their connection feel real and powerful, making the sex oh-so-hot!