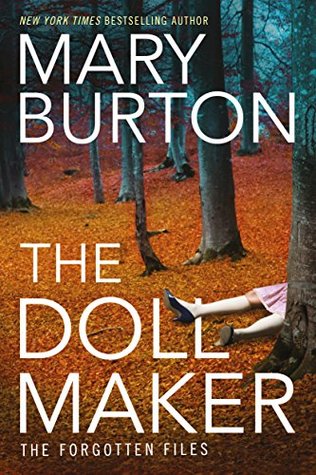 Dr. Tessa McGowan had never seen anything quite like it. But the mutilated bodies on her exam table tell a stunningly macabre tale: someone with a twisted mind is kidnapping women and altering their faces to resemble real, life-size dolls. As a forensic pathologist, it’s her job to aid the agent leading the case—even if that agent is her estranged husband.
Twelve years ago an unspeakable tragedy destroyed Dakota Sharp’s world. Haunted by the ghosts of his past, he’s devoted himself to capturing killers. His only regret is that it cost him Tessa. Now, as the Dollmaker case brings them together—and raises his suspicions that he’s crossed paths with this deranged psychopath before—they may just have their second chance. But it seems Dakota’s not the only one who wants to make Tessa his own…
She may be the Dollmaker’s next target, but Tessa has no intention of winding up as another toy on his shelf. Can she and Dakota stop this ghastly killer before his next deadly playdate?


My Thoughts:
The Doll Maker is part romance (second chance/estranged marriage), part murder mystery and suspense, and I enjoyed each aspect thoroughly!

Dr. Tessa McGowan is back in town after a rift in her marriage made working abroad seem like a good option.  But the months away clarified her priorities and Tessa’s back to stay.

Agent Dakota Sharp harbors guilt and anger over the death of his younger sister.  Her death was ruled an overdose twelve years back, but his family never accepted the ruling. Dakota feels Tessa deserves better than he’s able to give, but his feelings for her are a hard thing to fight.

Two murders connect the past and present, and the fact the killer may be after Tessa as well, force these two to work together, making it impossible to deny the intense connection they share.

I’ve read a lot of mysteries in the past, and even though I did think of the murderer in passing as a possibility I was surprised by his/her identity in the end. There were plenty of twists that kept me guessing.   The Doll Maker was a well plotted mystery with a very creepy edge! I read it late into the night and ended up lying in bed a little spooked envisioning all the sinister possibilities beyond my bedroom door!