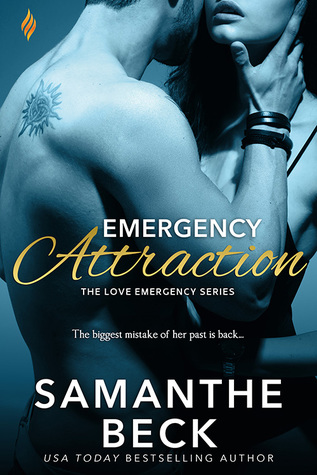 Ten years ago when Shane Maguire chose the Marines as his escape from some trouble of his own making, he only regretted one thing—leaving Sinclair Smith behind. Despite his best intentions, she ended up as the one that got away. Now he’s back, determined to reclaim everything he gave up, including Sinclair.

Sinclair is immune to Shane’s charms. She’s immune to stolen kisses behind the gym. And she’s definitely immune to that maneuver he did in the back seat of his car… Okay, maybe her hormones are susceptible, but she has absolutely no desire to risk anything on the bad boy who broke all his promises.

When a little emergency lands her at his mercy, he offers her a deal she can’t refuse. And this time, she’ll show Shane what it means to be left wanting…

My Thoughts:
Shane Maguire is back in town after ten long years away.  Sinclair was the one that got away, the girl he’s never gotten over, but history is seen a little differently from Sinclair’s point of view.  Shane’s appearance back in her home town shoots a mix of pain, and yearning through her body.  He was gone and never looked back; Sinclair left to pick up the pieces.  Now that he’s back and demanding to get reacquainted, Sinclair resolves to keep him at a distance, not risk her heart, because she’s not sure she could survive the heartbreak a second time.  Shane’s definitely a sweet, sexy, Southern charmer, but she’s not the naïve girl she used to be.

If you love second chance romances then you’ll love this super hot, emotion filled story! Samanthe Beck’s writing made Shane and Sinclair’s lust, longing and hurt come off the pages, straight into my heart! Darn, that woman can write some hot stuff!  I loved their playful banter, the high voltage sexual tension between them!  No matter the barrier Sinclair tries to erect, Shane is the man to make her walls crumble. *sigh*


As an extra added bonus Samanthe Beck is giving away a $50 Amazon Gift card in celebration of the Emergency Attraction release! Click HERE for a link to the rafflecopter.