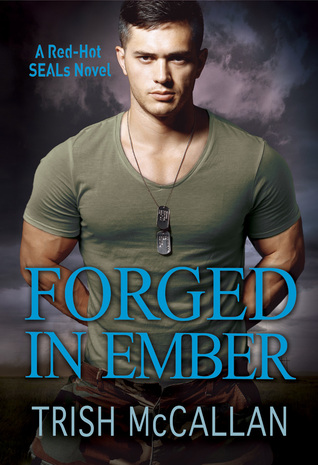 In the final novel in the scorching Red-Hot SEALs series, a desperate mother and a Navy SEAL fight fire with fire to protect their love and save the world…

Amy Chastain has made a lot of enemies—none so ruthless as the insanely powerful New Ruling Order (NRO). When they killed her husband, it was hell. Then they targeted her children by injecting them with a dangerous, experimental isotope. Now Amy trusts only one man to help her: the ex-commander of SEAL Team 7.

In the company of Navy SEALs, Jace “Mac” Mackenzie was in his physical element. Now he’s on the run from the same cabal that poisoned Amy’s children. That doesn’t stop him from launching a mission to bring down the NRO—and find an antidote. But the clock is ticking. And as the sparks fly between him and Amy, Mac realizes he has more to lose than ever before.

As Mac closes in on the NRO, he uncovers a plot that threatens more than Amy’s children. Now it’s a race against time to stop a global conspiracy, save the woman he loves, and protect the family that’s starting to feel like his.

My Thoughts:
Forged in Ember was a thrilling conclusion to the Red-Hot SEALs series!  A series full of danger, action, suspense and characters I’ve grown to love and care about.

I have been looking forward to Mac and Amy’s romance since we’ve been building toward it for quite sometime now, and it did not disappoint.  Mac, SEAL Team’s leader has been an abrasive, foul-mouth character throughout the series, so I was pleased to get his softer side, and find out what was behind all that edge.  Mac had good reason to put up a shield, but Amy and her boys break that barrier and burrow right in!

Amy has been through so much, losing her husband five months earlier when the NRO murdered him.  Now finding out her boys were injected with a lethal tracking compound, they’re in a race to find a cure before it’s too late.  Yet, with all of that, Amy feels shored up by Mac, and his unwavering support. When he’s near, a calm settles over her, and their attraction heats up to the point of distraction!

There’s a lot going on here, the future of Amy’s children as well as the future of the human race, but the focus is on Amy, Mac and her boys.  As a mother, I could easily relate to Amy’s powerful, on-the-edge-emotions and get how she could fall in love again so soon after her husband’s passing.

I’m sad to say goodbye to the series, and I wonder if we’ll get more stories from this world because Wolf and Jillian’s story was left open when I wanted more.  I guess we’ll see.