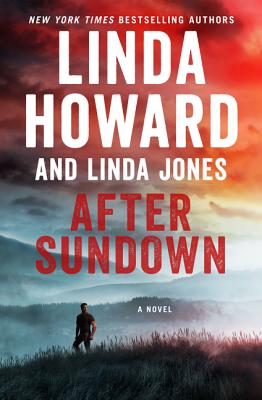 Danger brings together two guarded hearts in a battle for survival in this irresistible story from New York Times bestselling authors Linda Howard and Linda Jones.

Sela Gordon, the shy owner of a Tennessee general store, finds safety in solitude. But if anyone can pierce her protective shell it’s the handsome, mysterious ex-military man living alone in the wilds of Cove Mountain. For two years, he’s kept his distance—until the day he appears to warn her that a catastrophic solar storm capable of taking down the power grid is coming. Now, Sela must find the courage to become the leader Wears Valley needs.

Bitter experience has taught Ben Jernigan it’s best to look out for number one. For two years the former soldier has lived in a self-imposed exile, using a top-notch security system to keep people away. But he had to let Sela know about the impending threat—and now the quiet and undeniably sexy woman is making it too easy for him to lower his guard.

As panic spreads, Sela and Ben discover that in the dark, cut off from the outside world, there’s no more playing it safe—in life or in love.

My Thoughts:
Sela starts off as a quiet sort of heroine, happy to go unnoticed, getting by running her convenience store/gas station with her aunt and niece pitching in.  However, every time Ben comes in the store she’s captivated, he’s so serious and focused, but she’s also just fine that he doesn’t seem to register her presence.  That is until the morning he comes in and tells her to prepare for a massive solar storm that’s about to hit the earth and knock out the world’s power grid.

This story is a little different than Linda Howard’s usual romantic suspense/thrillers. This time she partners up with Linda Jones to write an end-of-the-world-as-we-know-it story. I wouldn’t call this an apocalyptic story, because it’s not really an end of the world situation, but a huge change in the convenient, buy anything at will, life that we’ve all lived… Well, until recently.  Some readers, in view of the situation that we’re in, have had an aversion to end-of-the-world stories, and some have been attracted to them. I’ve fallen into the latter category, although I’m not a fan of really gritty stories.

I thought After Sundown struck an excellent balance of urgency, keeping me on edge without scaring me into a panic. Of course, there are bad apples here, like in any community, and the threat they posed made my heart race, but Sela was no pushover, and she did end up having Ben at her back. Mostly, the story was about their small-town banding together as a community, working together to survive.  I find the prepper lifestyle fascinating, even before our world had sort of gone to hell, so I enjoyed seeing what everyone had to do to get by, living in a world without a working power grid. I wish I had a place like Ben’s right about now!

Even though it took a while for the romance to get into gear, Ben and Sela’s relationship was at the heart of this story, and my favorite part! Having a military background, Ben was naturally a protective and take-charge kind of guy, but he recognized that Sela was a strong, resourceful woman, he didn’t just barge in and take over.

After Sundown mixed a bit of reality, romance, and thrills that hooked me in and held my attention enough to finish the story in one day! Not an easy feat right now!

Posted by Rachel @Waves of Fiction at 8:34 PM