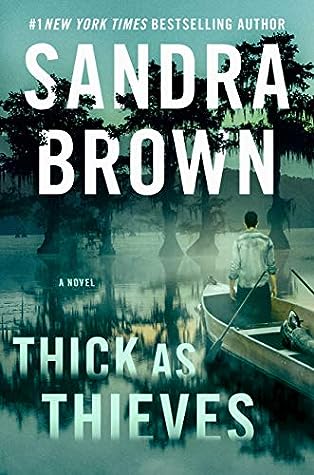 Twenty years ago in the dead of night, four seemingly random individuals pulled the ultimate heist and almost walked away with half a million dollars. But by daybreak, their plan had been shot to hell. One of them was in the hospital. One was in jail. One was dead. And one got away with it.

Arden Maxwell, the daughter of the man who disappeared all those years ago -- presumably with the money, after murdering his accomplice -- has never reconciled with her father's abandonment of her and her sister. After countless personal setbacks she decides to return to her family home near mysterious Caddo Lake, and finally get answers to the many questions that torment her. Little does she know, two of her father's co-conspirators -- a war hero and a corrupt district attorney -- are watching her every move.

Ledge Burnet, a rebellious teen at the time of the heist, evaded his jail sentence by enlisting in the army. Now he's back in town to care for his ailing father -- and to keep his eye on the county's corrupt district attorney, whom he suspects was the real murderer. Although the two are bound to silence because of the crime they committed together, each has spent years waiting and hoping that the other will make a fatal misstep. But the arrival of their elusive accomplice's daughter, Arden, who may know more about the missing money than she's telling, sets them both on red alert. She ignites Ledge's determination to expose the D.A.'s treachery . . . and sparks a desire he wishes to deny.

My Thoughts:
Arden is back in her small hometown after twenty years to find answers. A half million-dollar heist, a murder, and her father’s disappearance has left her with a lot of questions. Her reappearance doesn’t go unnoticed and unfortunately her return draws the attention of a nefarious person from the past. Does Arden know more about the theft and where the money went? Well, that speculation spells danger for Arden.

Ledge has had his own trouble in this little Texas town, but he’s paid his due taking military service in lieu of a jail term and come back home a hero. Mostly he keeps to himself, only staying in town to keep an eye out for his ailing uncle, but with Arden back the past comes back into full focus, and the trouble he’s managed to avoid comes roaring back up. Arden has no idea the hornet’s nest her presence stirs up, but Ledge knows, and he makes it his mission to keep her out of trouble’s sights.

I love Sandra Brown’s twisty mysteries! Her “heroes” are far from perfect, skirting the edge of right and wrong at times, but at the heart of things are good. Ledge is cast from that mold, and I couldn’t help but root for him! Oh, Ms. Brown writes the sexiest heroes! Ledge was raw masculinity, gruff, and not concerned with winning any popularity contest. Ledge and Arden are oil and water at first, yet the sparks of attraction fly between them making for a delicious push and pull until they finally succumb to irresistible forces!

I think it’s best to go in with any Sandra Brown with minimal knowledge and let her take you on a ride.   Keeps you hooked, she’s the queen of the cliffhanger chapter, and a twisty surprise or two! She kept me on the edge of my seat, and I usually end reading her stories straight through because I just have to know how it all turns out! She’s on my list of auto-buys and I think any suspense/thriller/romance fan will gobble Thick as Thieves up like I did!

A copy of Thick of Thieves by Sandra Brown to two winners has been provided by the lovely people of Grand Central Publishing. The giveaway is open to US and Canadian Residents only.  Fill out the rafflecopter below for a chance to win. Good luck!

a Rafflecopter giveaway
Posted by Rachel @Waves of Fiction at 7:54 AM