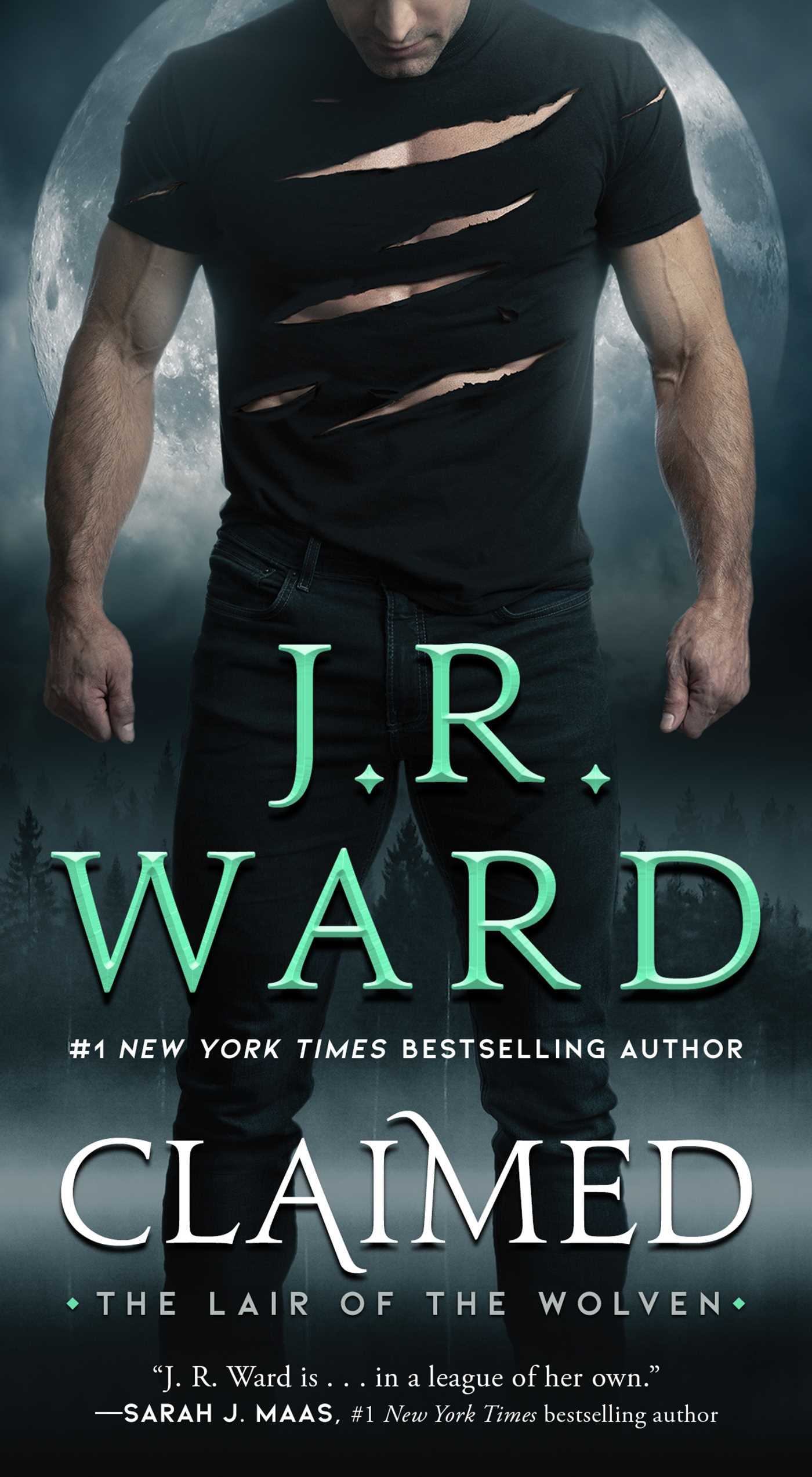 Claimed (Lair of the Wolven #1) by J.R. Ward
Publication Date: July 27th 2021 by Gallery Books
Pages: 525
Source: Publisher
Rating: ★★★
Links: Amazon | Barnes & Noble | Kobo | Goodreads
My Thoughts:
Lydia Susi heads the Wolf Study Project and is disturbed when some of the wolves show up sick and poisoned. Lydia suspects the owners of a big new hotel on the edge of the reserve’s property, and she aims to stop them. Meanwhile, her director has been behaving oddly and now he isn’t even showing up at work. The WSP has been operating on a shoestring budget and they need to hire a new handyman. With the director MIA Lydia takes it upon herself to hire Daniel Joseph, the handsome and mysterious drifter.
Claimed wasn’t anything I expected. I kept trying to figure out what was going on, where the plot going, and it seemed to take forever to get anywhere. Yes, it’s a mystery of sorts, but that it wasn’t front and center, and I didn’t feel like there was a sense of urgency to solve it from Lydia or that she was in any kind of immediate danger. It seemed to be more of Daniel and Lydia getting to know each other, and slowly, very slowly falling for each other.
There isn’t any paranormal in much of the book, even though it’s part of a series named “Lair of the Wolven”.  There wasn’t anything shapeshifter/wolven to the plot, other than natural wolves in the preserve, until the very end.  I was surprised by the reveal, I thought it’d be the other way around.
I was thrown by the addition of the Black Dagger/Xhex chapters not really getting the connect to what was going on. Yes, the labs, but I think it’d would’ve been fine to leave out the BDB part. Honestly, it was a little distracting and took away from the main story, but maybe that’s because I haven’t kept up with the BRB series. Maybe someone who’s been reading every book from the BDB might understand the connections and feel differently.
With all that said, Claimed managed to hold my attention enough to finish it even though it’s a long book (525 pages), and I have no problems with pulling a DNF if I’m not enjoying the story. I wouldn’t say this ended in a cliffhanger, more a “to be continued” sort of situation. I was left with a lot of unanswered questions by the end. Hopefully, we get a more focused plot and answers in the next book, which I plan on reading.
3 Stars

A heart-pounding new series set in the Black Dagger Brotherhood world, with a scientist fighting to save the timber wolves—and getting caught in a deadly trap herself...

Lydia Susi is passionate about protecting wolves in their natural habitat. When a hotel chain develops a tract of land next to the preserve, Lydia is one of the most vocal opponents of the project—and becomes a target.

One night, a shadowy figure threatens Lydia’s life in the forest, and a new hire at the Wolf Study Project comes from out of nowhere to save her. Daniel Joseph is both mysterious, and someone she intrinsically wants to trust. But is he hiding something?

As the stakes get higher, and one of Lydia’s colleagues is murdered, she must decide how far she will go to protect the wolves. Then a shocking revelation about Daniel challenges Lydia’s reality in ways she could never have predicted. Some fates demand courage, others require even more, with no guarantees. Is she destined to have true love... or will a soul-shattering loss ruin her forever?