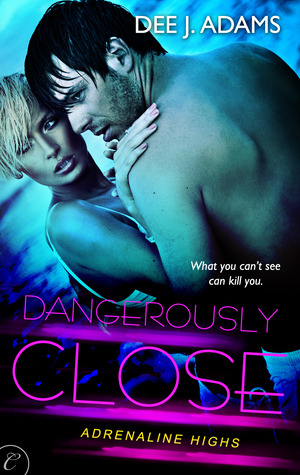 Bad-boy rock star Seger Hughes hit rock bottom after a near-fatal tragedy at his concert. He hates how his life has spun out of control. After changing his appearance and his name, he transforms into a different man: Mel Summers. Now he just needs a place to hide out from rabid fans and paparazzi.

An isolated cliffside mansion is perfect. Ashley Bristol, his only neighbor, is blind—and her assistant is a classical music fan. They have no clue who he really is, but someone else does and she’s waited her whole life to be with him.

Struggling to find her way after an accident that took her sight, Ashley is determined not to feel anything. Yet she gets to know Mel and can’t help falling for him. When her assistant mysteriously disappears, Ashley must rely on Mel more than ever. But then his past comes back to haunt them both, and just when they must pull together to avoid danger, betrayal and lies threaten to tear them apart...


My Thoughts:
Ashley is almost finished renovating her dream house overlooking a beautiful California ocean. Two years ago Ashley was in accident that left her in a coma for two months, so the renovations have served as a form of therapy for her. While visiting with her best friend, on the beach, Ashley feels a migraine coming on and makes a retreat to the house. One minute she’s falling backwards on the steps, the next she’s waking up in the hospital without her sight. Facing the possibility that this might be permanent, Ashley tries to adjust.

Mel, or Seger Hughes as he’s widely known, is a famous bad-boy rock star who’s just woken up with some nameless girl in his bed, and the mother of all hangovers. When the girl rolls over and talks, Mel realizes she’s barely legal and can’t get away soon enough. He’s so tired of this life, sick of his songs, sick of people wanting him for his fame and money, sick of abusing his body. Waking up to a girl half his age, and all the disgust he feels at what his life has become, moves him to make a change. He cleans up his life, changes his appearance, and moves into a beach house he bought in his real name. He plans on taking time off anonymously, and getting back to his love of music in peace and quiet. His plans come to an abrupt halt when he pulls into his garage, and finds the guesthouse on the property is occupied, not knowing the property was divided and sold separately. At first, Mel goes into a panic but then quickly finds out that his neighbor, Ashley is blind and her assistant has no idea who he is, and he relaxes a bit.

Soon Mel’s running into Ashley on the beach and can’t help but be drawn to her easy carefree attitude and wicked sense of humor. Ashley is beautiful on the outside but it’s the insides that make her truly stunning to Mel, and he can’t help falling for hard for her.

Ashley is happy to find out her new neighbor is a solitary man, and the tranquility of the beautiful location won’t be ruined. She doesn’t plan on getting close to him, but they keep running into each other. Mel makes her laugh, and they talk for hours, getting closer day by day. Soon she’s relying on his company, and a growing attraction intensifies, but she doesn’t want to fall for him because she’s “damaged goods,” and how could he want her?

Little do they know in the middle of their growing feelings, danger is lurking in the form of a stalker. Mel’s number one fan has found out where he lives, and inserts herself into Ashley’s life when her assistant “mysteriously” disappears. She’s obsessed with Mel and isn’t afraid to take down anything or anyone in her way. This woman was beyond psycho, and I cringed while reading every scene she was in! *shivers*

Oh, I just fell in love with these characters! Even in the face of her depressing circumstances, Ashley managed to have a positive attitude and was a caring person. I also appreciated that Mel’s change came from his own disgust at his way of life before he even met Ashley, and not because he found “the perfect woman.” It made it so much more believable. I loved reading about the slow building attraction between Ash and Mel. Their romance was built on friendship first, so when they fell for each other is was so satisfying. I must warn that the spice in this story doesn’t happen until you reach about 60% but its well worth the wait! The scenes were HOT and well-done! One of my favorite quotes:

“You. I’m waiting for you, Ash. I want all of you online and working. I want to feel the heat come off your skin and I want you so hot for me that you can’t think straight.”

While this story is part of a series, it’s not necessary to read the others to enjoy this, but I will be checking out the other books now that I enjoyed this one so much. This story had everything I wanted: mystery, good plot, deliciously steamy scenes, and an amazing romance.

Thank you to Carina Press and Netgalley for allowing me to read this.
>
Posted by Rachel @Waves of Fiction at 4:00 AM