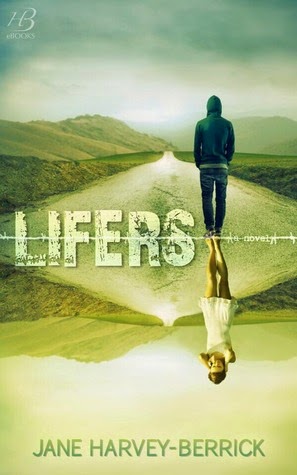 After eight years in prison, twenty-four year old Jordan Kane is the man everyone loves to hate.

Forced to return to his hometown while on parole, Jordan soon learns that this small town hasn't changed since he was carted off to juvie all those years ago. He is the local pariah, shunned by everyone, including his own parents. But their hatred of him doesn't even come close to the loathing he feels every time he looks in the mirror.

Working odd jobs for the preacher lady, Jordan bides his time before he can leave this backwards town. But can distance erase the memories that haunt him? Trapped in the prison of his own mind Jordan wonders if the pain of living will ever subside?

Torrey Delaney is new in town and certainly doesn't behave in a way the locals believe a preacher’s daughter should. Her reputation for casual hook-ups and meaningless sex is the talk of the town. Add that to her budding friendship with the hardened ex-con handyman, and the good Reverend is less than thrilled with her estranged daughter’s path.

As friendship forms, is it possible for two damaged people who are afraid to love take their relationship to the next level? Can Torrey live with Jordan’s demons, and can Jordan break through Torrey's walls? With the disapproval of a small town weighing heavily on them, will they find their place in the world? Can they struggle against the odds, or will their world be viciously shattered?

Is love a life sentence?

Due to scenes of a sexual nature, not recommended for under 18.

My Thoughts
Great story filled with lovable characters that captured my heart.

This isn’t the first time I’ve enjoyed a novel by Jane Harvey-Berrick, so I feel I can say this with confidence. There’s just something about Jane’s character casting where I’ve noticed she likes to pair strong female characters with young and in this case younger-like males. In this novel, Jordan and Torrey are both the same age, but the way Jordan carried himself at times compared to Torrey, she constantly felt like the more mature/older one in the relationship.

In Lifers, Jordan Kane returns to his small town Texas home after serving eight years in prison for the death of his brother. His welcome home is met with hostile townies that refuse to forget how Jordan stripped them of their golden boy. When he enters the local diner for a cup of coffee before heading to his parole assignment with the Reverend, he’s tossed out before he can even blink twice.

Jordan caught Torrey’s eye immediately when he walked into her diner, and she was absolutely shocked by how the patrons treated this guy. Being from out of town, and taking a dead end job in an effort to save up some money, she risks everything to befriend Jordan when everyone else seems to want to continue and punish him well after completing his sentence.

First off, I can see how Torrey Delaney can be a tough pill to swallow for some readers. She’s a fireball that’s in-your-face mouthy. However, when you pull back the layers of her strong personality, it wasn’t hard to miss the genuine, honest and caring character the lies beneath. As much as I didn’t like how she sometimes treated Jordan, I have to admit he needed a good shake-up everyone once in a while. Viewed individually, they are like night and day, but when these two come together they blend perfectly.

I struggled with a few of the characters, which was no surprise because of their choices and treatment toward Jordan, but I never wavered on how I felt about Torrey. I was glad Jordan was able to find a friend and protector in her and their relationship truly felt sincere.

The pacing of the novel seemed to have moments of small starts and stops, but overall I enjoyed my time with Jordan and Torrey. Jane Harvey-Berrick proves once again that she can pair up two unlikely people and make it work. Well done!
4 Suns