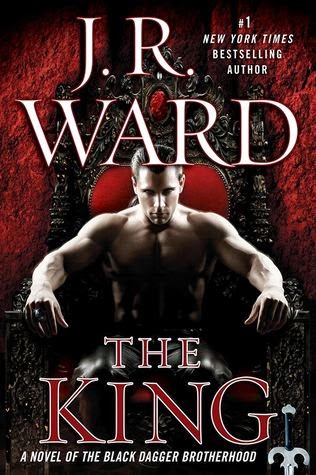 J.R. Ward's # 1 New York Times bestselling Black Dagger Brotherhood continues as a royal bloodline is compromised by a grave threat to the throne.


After turning his back on the throne for centuries, Wrath, son of Wrath, finally assumed his father’s mantle--with the help of his beloved mate. But the crown sets heavily on his head. As the war with the Lessening Society rages on, and the threat from the Band of Bastards truly hits home, he is forced to make choices that put everything--and everyone--at risk.

Beth Randall thought she knew what she was getting into when she mated the last pure blooded vampire on the planet: An easy ride was not it. But when she decides she wants a child, she’s unprepared for Wrath’s response--or the distance it creates between them.

The question is, will true love win out... or tortured legacy take over?

I feel like I’ve said this before because I probably have, but once again… I’m getting close to calling it quits with JR Ward’s BDB series. Now I know I said I wouldn’t read this installment after the huge disappointment I experienced with Qhuinn and Bhlay in the previous book, but I fell for the hype and at the end of the day, I truly am a BDB fan on some sort of deep level.

However, as with most of the books that have come after the fifth or sixth installment in this series, I’ve completely lost interest in Ward’s secondary stories. They are just noise to me at this point and when I find myself skimming everything that’s not coming directly from the Brothers’ perspectives, I have to admit that a portion of this story has lost its appeal.

My favorite moments were between Beth and Wrath… of course. I even fell into the story when Wrath’s parents took the stage. I liked how it all played out between these main characters and if the story was a fraction of the size because it simply focused on just Wrath and Beth, I probably would have given it closer to five stars.

I won’t even waste my time speculating about why Ward ignored Qhuay in this installment, so I’ll chalk it up to her not being a MM writer and maybe she needs time, research and writing practice for that skill. I’ll leave it at that…

As for Sola and Assail, simply stated… I didn’t care for them at all. For a while there, I thought Ward forgot she left Sola in the trunk of the car. Assail had some bad habits I don’t care reading about, so in the end, I skimmed over their portions.

iAm, Trez and Selena were of mild interest to me, but I really don’t get how the Shadows fit into the BDB world. At the end of the day, they seem to just take up space in the book.

I’m so confused about John Matthews. Is he Beth’s brother? Her reincarnated father? What did I miss?

Zcor and Layla’s part could have been summed up in a short paragraph and the fact that he gives up on the quest for the thrown so easily left me baffled. Overall, I really don’t care what happens to these two.

I still feel resentful every time Jane makes an appearance. I stand firm on my opinion that her ghostly form just doesn’t work. She can patch up a million injuries and deliver a thousand vampire babies, but she still won’t make it on my list of characters I care about. Ward messed up her story the first time and she should just let her go!

Overall, the jury is still out as to whether I’ll invest in unlucky book 13. At a point where I only care about Qhuay and Rhage, chances are I might not crack that book open, but we’ll see. Stranger things have happened.