I have a new favorite author: Mariana Zapata!

I know I'm late to the party here, but I've just discovered Mariana Zapata's romances, and I'm hooked! I've read three of her books in the last month, and I'm eager for more!  I'll share the books I've read (listened to) and a few thoughts: 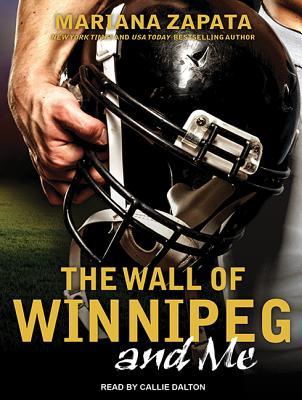 Vanessa Mazur knows she's doing the right thing. She shouldn't feel bad for quitting. Being an assistant/housekeeper/fairy godmother to the top defensive end in the National Football Organization was always supposed to be temporary. She has plans and none of them include washing extra-large underwear longer than necessary.

But when Aiden Graves shows up at her door wanting her to come back, she's beyond shocked.

For two years, the man known as The Wall of Winnipeg couldn't find it in him to tell her good morning or congratulate her on her birthday. Now? He's asking for the unthinkable.

What do you say to the man who is used to getting everything he wants?


My Thoughts:
The Wall of Winnipeg and Me is my favorite of the three Zapata books I’ve read so far.  Aiden, the famous and lusted after football player, at first comes off as so rude and unreadable and Vanessa, as his personal assistant has had to jump to his every command for the last few years without any acknowledgment or gratitude outwardly expressed by him. No matter, she never intended to work for him forever, but when she quits, everything changes, and this is where it gets fun!

Be warned, it takes a while to set the stage and Aiden comes off as a total asshole for the first 20-25%?  Hang in there, though!  I dare you not to fall in love, like I did! Plus, there’s no angst or 3rd person drama! Yay! Vanessa was just pure awesomeness, and I loved that she started marathon training! I seem to always be training for a marathon (although mine are half-marathon, not a full) so it was a fun addition for me. 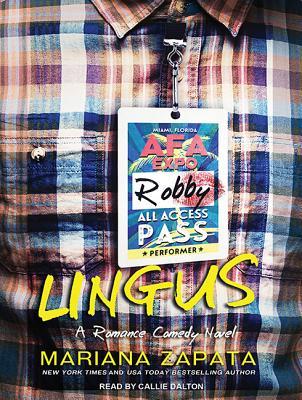 Tristan and Kat meet at a porn convention, at first Kat has no idea who Tristian is, and they instantly get along, having fun throughout the day until she discovers his identity.  They stay friends and end up hanging out all the time, and Kat thinks her attraction to Tristian is one-sided, and she’s not sure she can continue with it when her feelings continue to grow.  My heart went out to her a couple of times when he went on a job. Kat kind of gets him back, not while meaning to, but just through trying to live her life.  I loved their easy friendship, but I was more than ready for these two to acknowledge their feelings and get it out in the open!  This is definitely a slow burn romance, but worth the ride! 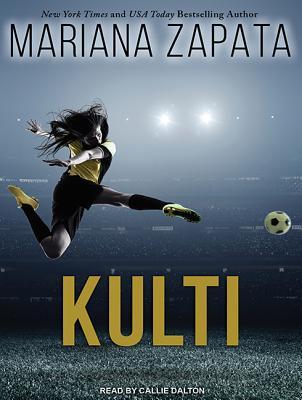 “Trust me, I’ve wanted to punch you in the face a time or five.”

When the man you worshipped as a kid becomes your coach, it’s supposed to be the greatest thing in the world. Keywords: supposed to.

It didn’t take a week for twenty-seven-year-old Sal Casillas to wonder what she’d seen in the international soccer icon—why she’d ever had his posters on her wall, or ever envisioned marrying him and having super-playing soccer babies.

Sal had long ago gotten over the worst non-break-up in the history of imaginary relationships with a man that hadn’t known she’d existed. So she isn’t prepared for this version of Reiner Kulti who shows up to her team’s season: a quiet, reclusive shadow of the explosive, passionate man he’d once been.

Nothing could have prepared her for the man she got to know.

Or the murderous urges he brought out in her.

This was going to be the longest season of her life.

My Thoughts:
Another fabulous slow burn romance! Kulti, like Aiden in the The Wall of Winnipeg & Me, was an unreadable asshole at first! Wait for it, though, because I ended up loving this man!

As a seven-year-old, Sal idolized this famous soccer player, and so did the rest of the world.  He was the reason she became a soccer player and strived to be the best.  Kulti’s been out of the lime light for the last few years, but he registers on the radar again when he agrees to be the coach to Sal’s team, the Piper’s. She’s beside herself, the thought of her longtime idol coaching her team floors her! She must keep reminding herself that he’s just another human just like her, put aside all those adolescent dreams of marrying him and having mini-Kulti’s!  Once Kulti opens his mouth, though, that’s not really a problem, because he’s a complete asshole! That’s okay, Sal has no problem schooling this Sauerkraut!

The Wall of Winnipeg and Me was my favorite Zapata, but only by a hairsbreadth!  Kulti is another 5 star read for me.  I loved all the nicknames that Sal called him, at first under her breath, mind you: Sauerkraut, German Chocolate Cake, Reindeer, Arnold, Bratwurst, lol!  Kulti had a few nicknames for Sal, too, but my favorite was Schnecke!

The sports aspect was a fun, too! Sal's determination and drive was inspiring!

Callie Dalton narrated all three books, and I thoroughly enjoyed her performance!  I plan on reading From Lukov With Love just as soon as the audio version releases, which is currently underway.  I've heard of it being compared to the '80s movie The Cutting Edge which is one of my favorite cheesy movies! Can't wait!