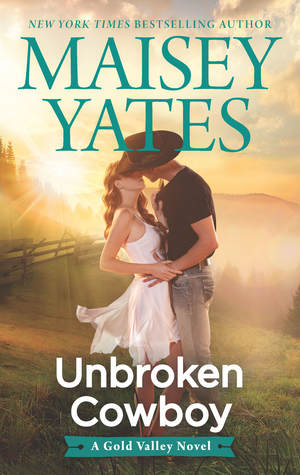 In Gold Valley, Oregon, forbidden love just might be the sweetest…
Dane Parker traded in his trailer-park roots for glory as a bull rider. But when a serious injury sidelines him for months, it’s the first time he can’t just pull himself up by his bootstraps. The last thing he wants to deal with is sweet family friend Bea treating him like one of her wounded animals—or the unexpected attraction that suddenly flares between them.
Beatrix Leighton has loved Dane for years, while he’s always seen her as another sister. When she enlists his help to start her animal sanctuary, she thinks it will give him purpose. Instead, it brings all the desire she feels for him to the boiling point. Bea’s father taught her early on that love means loss. But could her forbidden crush turn into a love that will last a lifetime?

My Thoughts:
I’ve been waiting for Beatrix and Dane’s story for quite some time.  Bea’s been present as a secondary character in the prior books; a woman who seemed happy to blend into the background, but her unrequited crush and longing for Dane came through in the short number of pages she turned up on. It was clear that Dane didn’t see Bea as anything but a friend, a little sister type of girl.

Dane’s back in Gold Valley after he’s injured badly in a rodeo accident, and he’s not happy about how long it’s taking to heal.  Bad tempered and feeling useless he agrees to help Bea with a project.  Of course, you can guess what happens when they start spending all kinds of time together.  Dane finally sees Bea as a vibrant woman, and the revelation is a jolt!  The lightbulb comes on and suddenly Bea is irresistible.  He doesn’t resist, at least not for long!

I was worried Dane would crush poor innocent Bea’s heart, especially since he’s had a steady stream of “buckle-bunnies” in the past to warm his bed as a star bronc rider on the rodeo scene, but Dane was a total sweetheart. Well, if you ignored the bad-tempered brooding, which I couldn’t blame him for. I wouldn’t be in the best mood if I was in pain and was worried about healing time, too.

It was Bea who made things a bit angsty, struggling with the reality of their relationship, and a future.  I was happy that Bea wasn’t the wallflower she’d sort of been (or at least let everyone think she was) in the previous books. I enjoyed seeing her make steps to take hold of the life she wanted, and finally speak her mind.

Unbroken Cowboy was fun and steamy in parts, but also gets serious with characters that feel real with normal flaws and insecurities, making Dane and Bea’s journey to a HEA a pleasure to read!

Posted by Rachel @Waves of Fiction at 9:21 PM