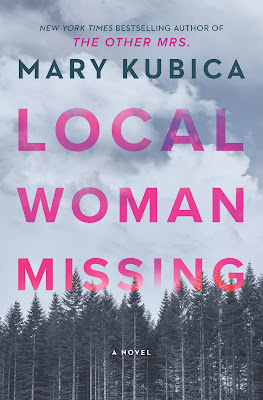 Local Woman Missing by Mary Kubica
Publication Date: May 18th 2021 by Harlequin Trade Publishing
Pages: 352
Source: Publisher
Rating: ★★★½
Links: Amazon | Barnes & Noble | Kobo | Goodreads | Books-A-Million
Google Play | iBooks | Bookshop.org | Indiebound | Libro.fm
My Thoughts:
Shelby goes missing, and not long after Meredith and her six-year-old daughter go missing too. Are these disappearances connected? Eleven years later Delilah returns, and questions abound.
This mystery captured my attention from the first page trying to piece together what happened. The story takes us back and forth eleven years in the past, and now in the present with Delilah’s return. Alternate perspectives slowly reveal what happened, and I found the whole thing heartbreaking. Some people are truly evil, the actions they take out of pure selfishness without regard to how it shatters the lives of others. Yes, this is fiction, but sadly it could easily be a real-life account. All is revealed, justice carried out, but some things can’t be fixed by justice. I do enjoy a good twisty mystery, but I always feel a bit melancholy with a story like this.
3.5 Stars

People don't just disappear without a trace…
Shelby Tebow is the first to go missing. Not long after, Meredith Dickey and her six-year-old daughter, Delilah, vanish just blocks away from where Shelby was last seen, striking fear into their once-peaceful community. Are these incidents connected? After an elusive search that yields more questions than answers, the case eventually goes cold.
Now, eleven years later, Delilah shockingly returns. Everyone wants to know what happened to her, but no one is prepared for what they'll find…
In this smart and chilling thriller, master of suspense and New York Times bestselling author Mary Kubica takes domestic secrets to a whole new level, showing that some people will stop at nothing to keep the truth buried. 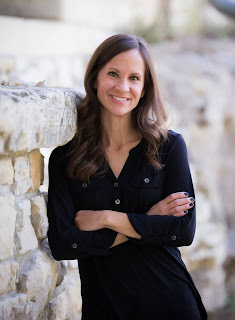 Mary Kubica is the New York Times and USA Today bestselling author of six novels, including THE GOOD GIRL, PRETTY BABY, DON’T YOU CRY, EVERY LAST LIE, WHEN THE LIGHTS GO OUT, and THE OTHER MRS. A former high school history teacher, Mary holds a Bachelor of Arts degree from Miami University in Oxford, Ohio, in History and American Literature. She lives outside of Chicago with her husband and two children. Her last novel THE OTHER MRS. was an instant New York Times bestseller; is coming soon to Netflix; was a LibraryReads pick for February 2020; praised by the New York Times; and highly recommended by Entertainment Weekly, People, The Week, Marie Claire, Bustle, HelloGiggles, Goodreads, PopSugar, BookRiot, HuffingtonPost, First for Women, Woman’s World, and more. Mary’s novels have been translated into over thirty languages and have sold over two million copies worldwide. She’s been described as “a helluva storyteller,” (Kirkus Reviews) and “a writer of vice-like control,” (Chicago Tribune), and her novels have been praised as “hypnotic” (People) and “thrilling and illuminating” (Los Angeles Times).  LOCAL WOMAN MISSING is her seventh novel.