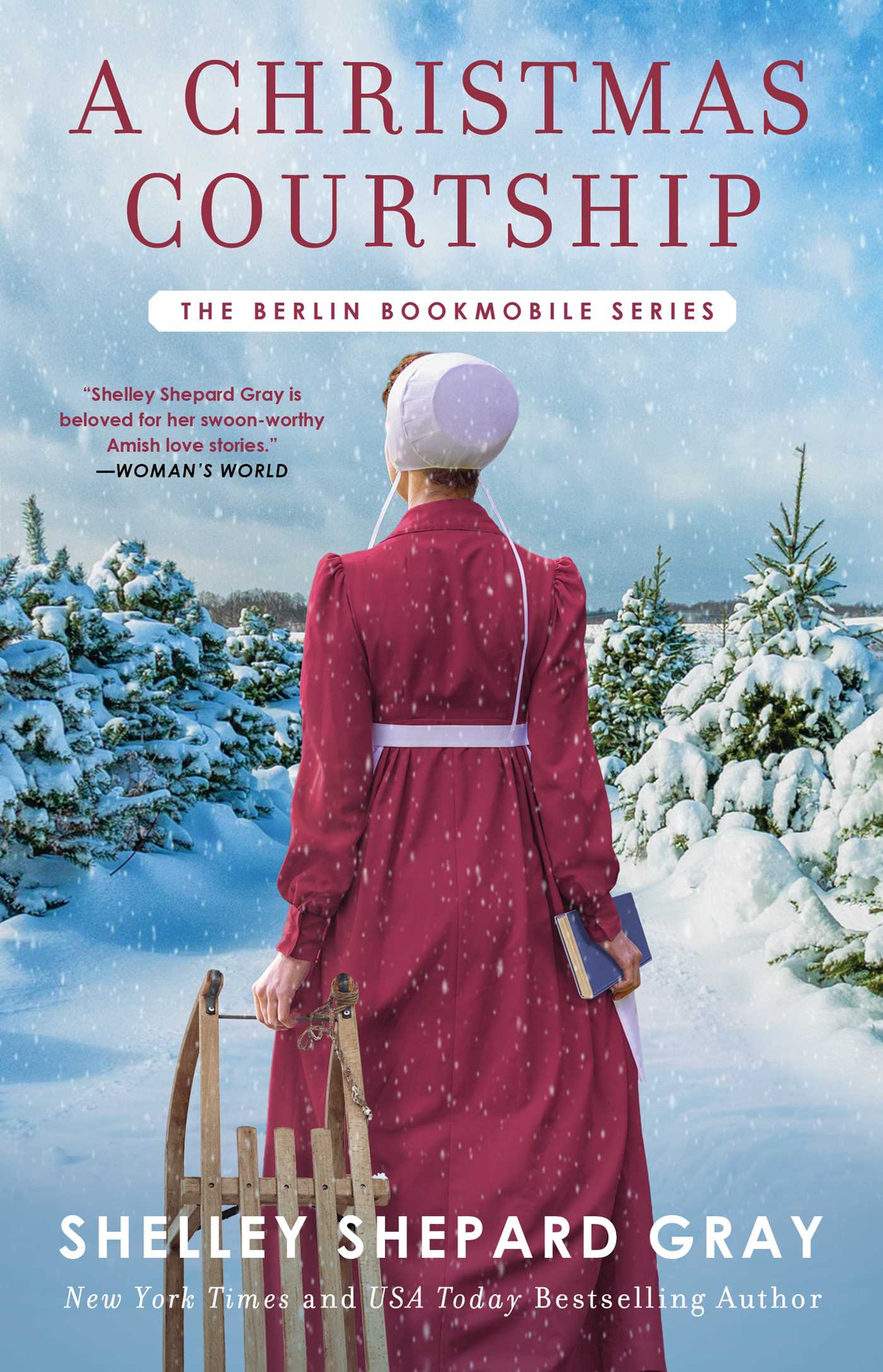 A Christmas Courtship (Berlin Bookmobile #3) by Shelley Shepard Gray
Publication Date: October 19th 2021 by Gallery Books
Pages: 320
Source: Publisher
Rating: ★★★★½
Links: Amazon | Barnes & Noble | Kobo | Audible | Goodreads
My Thoughts:
Atle, a forty-year-old bachelor, has admired Sadie Mast from afar for years, but she’d been off limits being married. Now a widower, mother of three, she asks Atle to build a room for her oldest son, Cale now that he’s older to give him so space and growing room, and Atle sees this as an opportunity to court Sadie if he can muster enough courage speak up and make his desires known.
Sadie feels bad that she’s had to rely on her teenage son, Cale, to help get the family by after the death of her husband, but now that she’s more steady she wants to make Cale’s Christmas gift extra special and give her son more room now that he’s getting older. Having the quiet and handsome Atle around is an unexpected joy.
There were two romances to love: Atle and Sadie and then Sadie’s son Cale and Hope, the daughter of his boss on the farm he works.  Atle is quiet and shy, so he asks Sarah Anne, the librarian running the bookmobile for some self-help books on romance, but Sarah Anne thinks Atle might have more success reading a couple of her favorite romances for advice. The novel ending up more inspirational to Atle, because if the couple in the book could somehow find love through all their unnecessary drama, then he for sure should be able to! The fictional book couple was kind of a mess, lol.
I just adored A Christmas Courtship so much! So heartwarming and sweet! I also loved the Atle and Sadie’s relationship with her kids. Sadie’s past husband left some emotional scars they all had to deal with, and I thought both Sadie and Atle dealt with it beautifully. I think I’ve only read one story featuring the Amish, but the premise of finding romantic help through a romance book appealed to me. Also, with life so messy and complicated having a story set in community where a simpler life is embraced sounded nice.  Now I’d like to go back and read the previous two romances.
4.5 Stars

In this endearing Christmas tale, a bookmobile librarian knows just the novel to help an Amish bachelor woo his next-door neighbor in the latest installment of the “charming” (Carla Laureano, RITA Award–winning author of Five Days in Skye) Berlin Bookmobile series.

A solitary sort, forty-two-year-old Atle Petersheim spends his time hard at work in his wood shop. But as the days get long, he realizes just how lonely he’s become. When his longtime crush, Sadie Mast, a widow and mother of three, asks him to help her build a room in their barn for her son Cale, Atle can’t say no. Eager to pursue Sadie at last, he turns to bookmobile librarian Sarah Anne Miller for courting advice. More than happy to help, Sarah Anne decides the best way to learn about love is through books—romance novels to be precise.

Between completing holiday orders for her flourishing food business, helping Cale navigate a dramatic new relationship with his boss’s daughter, and coming to terms with the trauma her late husband had inflicted upon her and her children—not to mention Atle showing up at her door with flowers—Sadie is in over her head. Though Atle’s efforts are initially clumsy and his declarations a bit awkward, Sadie can’t help but be charmed by him. He’s patient and kind...and at times even seems to know far more about romance than he’s let on.