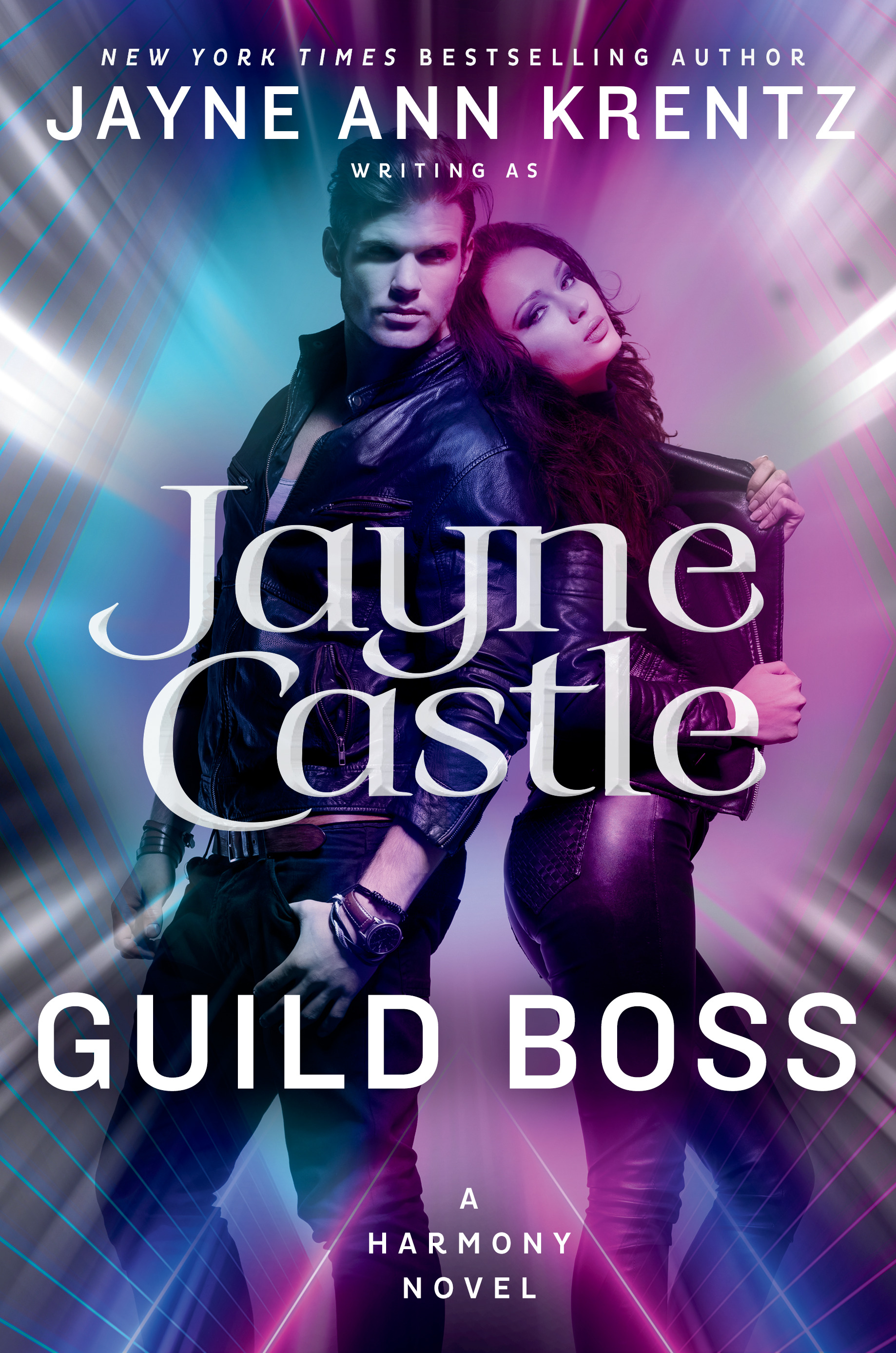 Guild Boss (Ghost Hunters #15) by Jayne Castle
Publication Date: November 16th 2021 by Berkley Books
Pages: 304
Source: Publisher
Rating: ★★★★
Links: Amazon | Barnes & Noble | Kobo | Goodreads
My Thoughts:
Lucy finds herself drugged, kidnapped, left in the underground hallucinating with no apparent way out, until Ghost Hunter Gabriel Jones, with the help of a dust bunny named Otis, shows up to rescue her. There’s an instant attraction, but Gabriel must ship off for the next assignment immediately, not realizing that the danger and drama has just begun for Lucy.
No one believes Lucy’s story, thinking she got drunk, got lost and then had a mental breakdown, her work reputation goes down the toilet. Gabriel disappears and she has no one to back up her story. Now that Gabriel’s back in town as the new Guild Boss for Illusion Town, Lucy is less than pleased to see him. However, he plans on getting to the bottom of Lucy’s ordeal, while helping salvage her career.
Guild Boss is set in a futuristic world reminiscent of Las Vegas with its glitzy lights and atmosphere with a darker underbelly and some paranormal oddities. Lucy and Gabriel are powerful talents in their field, and that makes Lucy a target for a larger conspiracy. They work together while Lucy works through her hard feelings toward Gabriel, and he tries to figure out whether Lucy’s recollection of the past wasn’t the product of her hallucinations. All the while battling constant dangers and the attraction brewing between them.
Guild Boss was a fun, action-packed futuristic mystery with a steamy romance at the core. I haven’t read the previous books, it’s part of a larger series, but it works well as a standalone.
4 Stars

Welcome to Illusion Town on the colony world of Harmony--like Las Vegas on Earth, but way more weird.

Living in this new, alien world doesn't stop the settlers from trying to re-create what they've left behind. Case in point--weddings are still the highlight of any social calendar. But it's the after-party that turns disastrous for Lucy Bell. Kidnapped and drugged as she leaves the party, she manages to escape--only to find herself lost in the mysterious, alien underground maze of glowing green tunnels beneath Illusion Town. She's been surviving on determination and cold pizza, scavenged for her by a special dust bunny, when help finally shows up.

Gabriel Jones is the Guild Hunter sent to rescue her, but escaping the underground ruins isn't the end of her troubles--it's only the beginning. With no rational reason for her abduction, and her sole witness gone on another assignment for the Guild, whispers start circulating that Lucy made it all up. Soon her life unravels until she has nothing left but her pride. The last thing she expects is for Gabriel Jones to come back to town for her.

The Lucy that Gabriel finds is not the same woman he rescued, the one who looked at him as if he were her hero. This Lucy is sharp, angry, and more than a little cynical--instead of awe, she treats him with extreme caution. But a killer is still hunting her, and there aren't a lot of options when it comes to heroes. Despite her wariness, Gabriel is also the one person who believes Lucy--after all, he was there. He's determined to help clear her reputation, no matter what it takes. And as the new Guild Boss, his word is law, even in the lawlessness of Illusion Town.

About the author:
Jayne Castle is a pseudonym for Jayne Ann Krentz, author of more than fifty New York Times bestsellers. She writes contemporary romantic suspense novels under the Krentz name, as well as historical novels under the pseudonym Amanda Quick. Learn more online at jayneannkrentz.com.
Posted by Rachel @Waves of Fiction at 9:02 PM