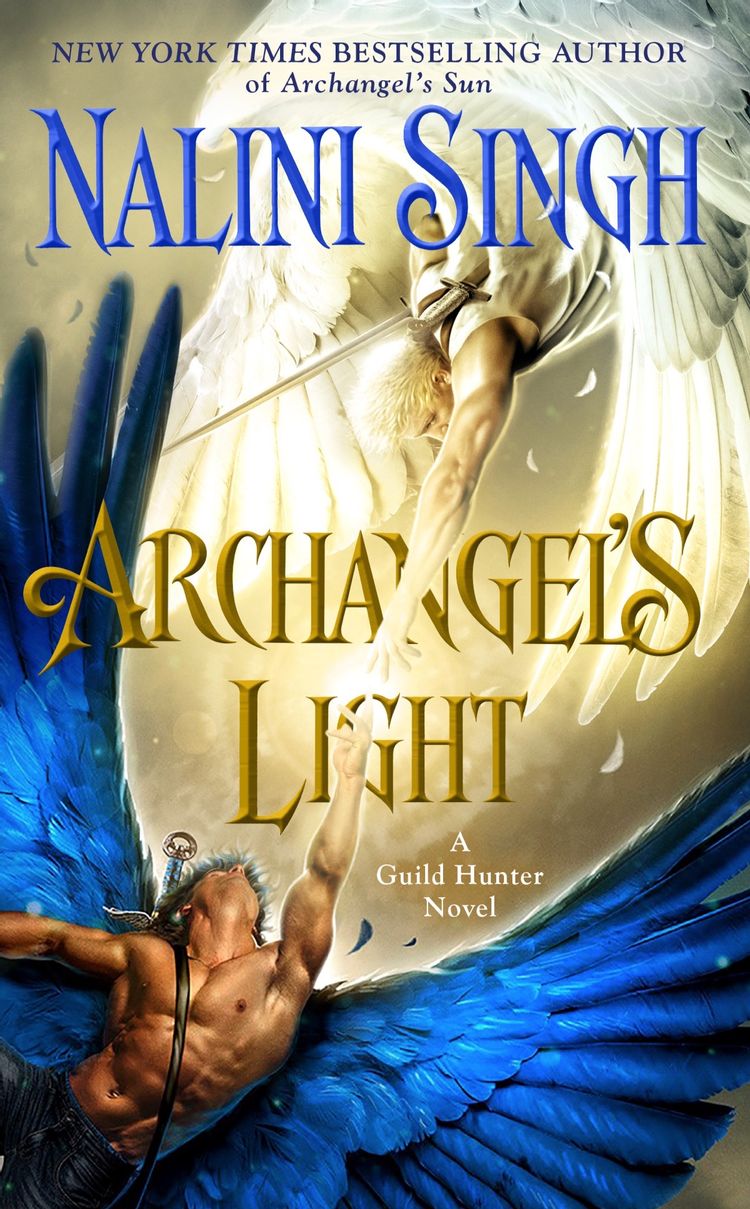 Archangel's Light (Guild Hunter #14) by Nalini Singh
Publication Date: October 26th 2021 by Berkley Books
Pages: 400
Source: Publisher
Rating: ★★★★
Links: Amazon | Barnes & Noble | Kobo | Audible | Goodreads
My Thoughts:
Aodhan and Illium have been the closest of friends for centuries.  Since they were little angels, toddling around they formed an immediate attachement and were inseparable, but recovering from a dark time in Aodhan’s life threatens their bonds. Illium has resigned himself to accept the changes in their relationship. Aodhan seems like he’s pulled away emotionally, and maybe now even physically as Aodhan is offered the position of second to Archangel Suyin as she rebuilds the lands of her people in China. There’s a lot of work to do with all the evil and destruction Lijuan’s rule left, so Raphael sends Illium to help.
At the start of this story there’s a tension and distance between the Illium and Aodhan. It was palpable and I could feel the heartache between them, but I was hopeful that with Illium being sent to help with the efforts in China, it would force them to face their problems and sort things out. To call these two best friends would definitely understate the intensity of their relationship. The story flipped back and forth between the history of their friendship and the present and I was so happy to get glimpses into the past that showed so many important moments together. Some of the stories were so moving showing not only Illium and Aodhan’s connection and past, but their bonds with Raphael and the other members of his Seven.
Illium and Aodhan’s relationship and past were absorbing, but that wasn’t the sole focus of the plot. Archangel Suyin is trying to establish her stronghold and it quickly becomes apparent Lijuan’s space will not do. Too many bad memories, too much possible evil lurking and so they decide to relocate. All this takes work and preparation seeing as the lands are dangerous to travel with still laden in places with Lijuan’s deadly fog and who knows what else. They discover a human settlement empty, like all the inhabitants just vanished without taking anything with them, so Illium and Aodhan must stay and solve the puzzle while Suyin’s people get on their way.  I was happy to be rid of Lijuan, but she’s like a bad rash that lingers! I wonder what’ll happen with the newest discovery.
Fans have been waiting a long time for Illium and Aodhan’s story, and while it’s an epic love and delivered, IMO, it’s not what you’d probably expect from a typical M/M romance. There is a passionate magnetism between them, and anyone looking on probably could’ve figured it out, but I it took a while to register with them. To understand exactly why there were such heart wrenching emotions between them. It was moving and powerful and I thought well done!
4 Stars

Illium and Aodhan. Aodhan and Illium. For centuries they’ve been inseparable: the best of friends, closer than brothers, companions of the heart. But that was before—before darkness befell Aodhan and shattered him, body, mind, and soul. Now, at long last, Aodhan is healing, but his new-found strength and independence may come at a devastating cost—his relationship with Illium.

As they serve side by side in China, a territory yet marked by the evil of its former archangel, the secret it holds nightmarish beyond imagining, things come to an explosive decision point. Illium and Aodhan must either walk away from the relationship that has defined them—or step forward into a future that promises a bond infinitely precious in the life of an immortal…but that demands a terrifying vulnerability from two badly bruised hearts.