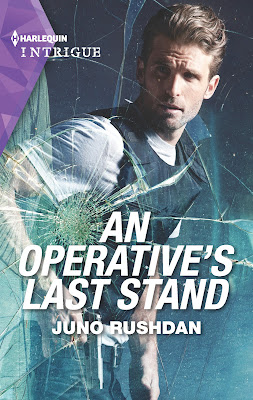 An Operative's Last Stand by Juno Rushdan
Publication Date: January 25th 2022 by Harlequin Intrigue
Pages: 256
Source: Publisher
Rating: ★★★★
Links: Amazon | Barnes & Noble | IndieBound | Harlequin | Goodreads
My Thoughts:
CIA agents Kelly Russell and Hunter Wright shared a steamy night after a long building attraction, but Kelly cut it off and Hunter had no choice but to keep things professional.
When Hunter’s team is sent to Afghanistan on a sanctioned mission things fell apart and it’s made to look like his team, Topaz, went rogue and intended to assassinate another target for money, making them traitors to the country. Kelly is interrogated and tortured to make sure she wasn’t part of the operation and once she’s exonerated, she’s promoted. Hurt and betrayed she’s on the warpath to catch Hunter and his team.
Hunter and his team were set up and there seems to be only one person who could’ve done it: Kelly the woman he fell hard for, only to be rebuffed for her career. Now he and his team are on the run, but they have evidence to prove their innocence.
This was an action-packed story with a lot of hurt on both sides at first and I could totally understand why Hunter and his team would be livid with Kelly. However, as the story went on and all that Kelly went through was revealed I could understand why she was so hellbent to catch them. I really felt for her and was disturbed what she went through. I was happy when they all finally got together to get to the truth.
Of course, both Hunter and Kelly’s feelings of betrayal were strong as they felt passionate for each other, even if Kelly wanted to shut things down thinking they couldn’t work together and carry on with a romantic relationship as well. All that goes out the window when their lives are on the line and it becomes clear that what matters most.
An Operative’s Last Stand was an exciting, fast-paced read full of heated emotions. The was a lot of anger between Kelly and Hunter, understandable when such strong feelings are in play.  I knew that would flip the minute they realized the truth. The passion they once had was never extinguished. These two were crazy for each other and I just wanted Topaz to be cleared so they all could go back to a normal life. This was the fourth book in the series, but I didn’t read the previous and it worked well as a standalone. I really enjoyed this one!
4 Stars

AN OPERATIVE'S LAST STAND by Juno Rushdan (on-sale Jan.25, Harlequin Intrigue): A kill squad is closing in…now this team leader must risk everything for answers. Barely escaping CIA mercenaries, ex-agent Hunter Wright is after the person he thinks targeted his ops team, Topaz, for treason. Deputy director Kelly Russell is still the one woman he can't resist, but she believes Hunter went rogue. Now she's his only shot at getting the answers they need. Can they trust each other enough to save Topaz—and each other?

About JUNO RUSHDAN: Juno Rushdan draws from real-life inspiration as a former U.S. Air Force Intelligence Officer to craft sizzling romantic thrillers. However, you won’t find any classified leaks here. Her stories are pure fiction about kick-ass heroes and strong heroines fighting for their lives as well as their happily-ever-after. 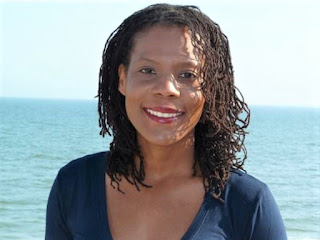 Juno Rushdan draws from real-life inspiration as a former U.S. Air Force Intelligence Officer to craft sizzling romantic thrillers. However, you won’t find any classified leaks here. Her stories are pure fiction about kick-ass heroes and strong heroines fighting for their lives as well as their happily-ever-after.

Although Juno is a native New Yorker, wanderlust has taken her across the globe. Fortunately, she is blessed with a husband who shares her passion for travel, movies, and fantastic food. She’s visited more than twenty different countries and has lived in England and Germany. Her favorite destination for relaxation is the Amalfi Coast, Italy for its stunning seascape, cliffside lemon groves, terraced vineyards, amazing pasta, and to-die-for vino.

When she’s not writing, Juno loves spending time with her family. Exercise is not her favorite thing to do, but she squeezes some in since chocolate and red wine aren’t calorie-free.

She currently resides in Virginia with her supportive hubby, two dynamic children, and spoiled rescue dogs. Check her out on Instagram, Facebook or follow her on Twitter or BookBub. She loves to connect with readers! 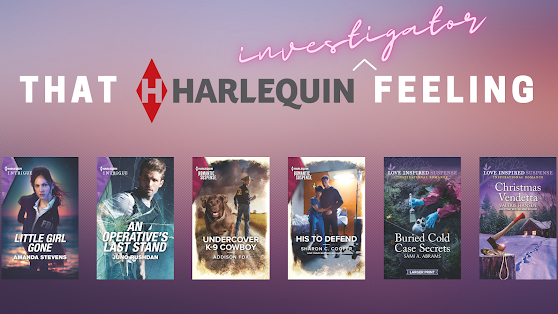 Posted by Rachel @Waves of Fiction at 8:40 PM