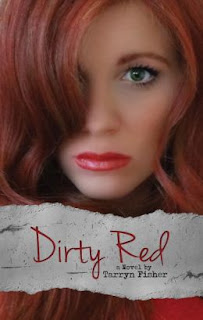 About the book
Dear Opportunist,


You thought you could take him from me, but you lost. Now, that he's mine I'll do anything to keep him. Do you doubt me? I have everything that was supposed to be yours. In case you were wondering; he doesn't ever think about you anymore. I won't let him go....ever.

My Thoughts
I want to ball up into fetal position and cry for a week...

"My father gave me a pretentious job at his company to prove how little he thought of me. My boyfriend gave me smiles that didn’t reach his eyes. My mother gave me love so thin it felt more like sugarcoated contempt. If someone had cared enough to say: Leah, it’s all in your head… all I would have to do was refer them to the three people in my life who didn’t really want me there."

Wow, was this book ever amazing!! I have no clue how Tarryn Fisher managed to have me fall for the biggest villain in this series, but I did! I really did!! Again, I ask… was that suppose to happen? I think my moral compass just got skewed in the wrong direction because here I was rooting for the most wicked, self destructive, completely psychotic, horrific excuse for a person I’ve come across in fictional literature! This book was seriously insane… oh and I loved every minute of it too!

In Dirty Red, we meet Olivia’s nemesis Leah, AKA Dirty Red, who landed the coveted Caleb and is willing and able to pull out all of the stops to keep him despite leaving a hurricane of destruction in her wake. However, after giving birth to their daughter and refusing to come to terms that she’s falling off the deep end, this crazy monster mom and psycho bitch begins to come apart at the seams and let me tell you… it’s not pretty. She did some pretty crazy and horrific things, but there were also some moments that truly revealed her vulnerability. Frozen peas anyone? The way she’d talk to her baby had me shaking my head in disgust while looking at this fictional character with tons of pity. I was all sorts of conflicted with Leah and I can only imagine how bad it’s going to get. O.O

I was sucked into this book like a mad vortex gone out of control and despite some of the crazy shit this woman pulled I was stilling hoping she’d find some sort of happiness in this book. Yes, I know… the moral compass is in for repairs… From beginning to end, I felt I was riding along side this unbalanced creature acting as her co-pilot. Thank god that ride is over, it was emotional has hell!

This book was intense, insane and bloody hell I want more! I can’t wait for the next book to see how this all comes to a heated end. That last scene was heartbreaking and truly revealing that the only innocent person in this book might not see a happy ending. Amazing writing, characters you want to hate but just can’t and all around awesome story-telling. Loved it!! Give me Caleb now please!