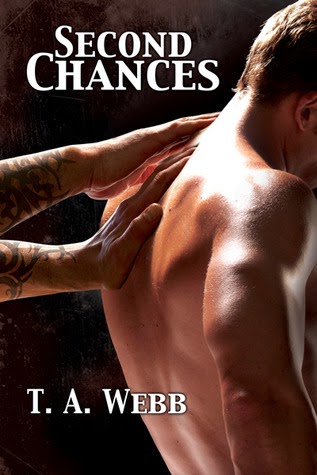 Mark Jennings is at a crossroads. His finance job in the Atlanta nonprofit scene stresses him out, his mother is dying, and his relationship with Brian Jacobs has crashed and burned. He needs a distraction, some way to relax, and a massage seems like just the thing. He never expected his massage therapist, Antonio Roberto, to become his best friend.

Despite their differences—Antonio is a divorced single father—the two men forge a firm friendship that weathers Mark’s reconciliation with Brian and Antonio’s questionable taste in women. Over the years, Antonio remains constant in his support, though others in Mark’s life come and go through a revolving door.

When a young boy runs away from the group home where he works, Mark finds another door opening. Through it all he holds on to the things his loved ones taught him—about family, about friends and lovers, about life and death. Most importantly, he realizes that sometimes the greatest gift of all is a second chance.

My Thoughts
The noise in my head calmed down and I started to just concentrate on my body reaching for something besides the grief that lived in me almost bone deep.

Intense, fast paced and mind consuming. That’s the best way I can describe Second Chances. When I read this book, I did what I haven’t been able to repeat in ages…I read a book in one sitting! This story took me well into the night and way past my bedtime because it was simply UNPUTDOWNABLE!

In this story, we meet Mark who is going through a challenging time in his life. His partner cheated on him and left the relationship, and now his mother is dying during a time when work is consuming what little energy he has left. So when he decides to pamper himself with a massage, he meets Antonio, and they slowing becoming best friends. What transpires of their relationship is a genuine commraderie that helps Mark get through some difficult times, during which he loses someone he loves and struggles with allowing his previous partner to reenter his life.

Antonio suffers through a few challenges of his own as he tries to makes ends meet and pay his child support so he doesn’t lose connection with his son. When Mark suffers yet another tragic event in his life that shakes his core, Antonio is there to pick up the pieces and help his friend get through those dark moments. As the years pass, and these two friends continue to rely on each other, their relationship becomes even more complex, which ultimately redefines Antonio’s life.

I simply loved the depth and multiple layers of this story. There were so many ancillary events and characters that I tried to capture because they each added their own element of sincerity to the core of this story, some of which included Mark’s family. His father and sisters were amazing to say the least. However, it is Mark who commands the stage throughout the book. He is strong in many ways, but I was never fooled by his surly, hard-edge demeanor because during his weak moments he exposed moments of vulnerability and frustration that were too hard to miss.

My biggest regret in reading this story was how I perceived Antonio from the onset. I never fully embraced or trusted this character, so I was skeptical of him from the beginning, which I’ll be a big girl and admit it was an error on my part. I wish now that I would have evaluated him through a different lens because there was more to him than I gave him credit for, which I didn’t realize until it was too late.