Review: Waiting On My Reason by Devon Ashley 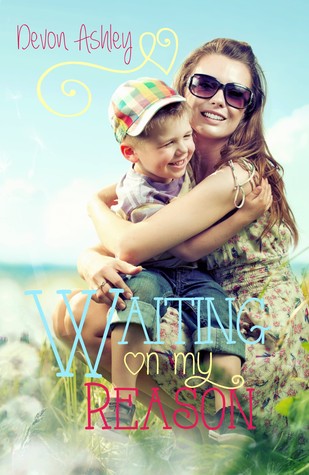 She loves him. He loves her. But sometimes love just isn't that easy...

Everything happens for a reason. I just wish I knew the why behind mine.

Five years ago, graduation wasn’t what it was supposed to be. Publicly humiliated, Melanie was more than happy to kiss off her high school sweetheart. But in doing so, she lost more than just her boyfriend, she lost the only other guy she truly cared for – his best friend, Shane.

Shane loathed the idea of returning to his small hometown. He just wanted to get in, help his best friend manage a legal matter, and get the hell back out again. But he wasn’t expecting to run into the one girl who got away, who always held a piece of his heart despite the animosity that lingered. Melanie could’ve been the one, but after everything that happened, trust was a serious issue.

Waiting On My Reason was an engrossing and quick read. It was a second chance romance full of chemistry with danger and suspense that made for an exciting read! Once I sat down I breezed right through, rapidly clicking the pages to find out what would happen next.

Shane and Melanie had Brad in common through high school. Brad was Shane’s best friend and Melanie was Brad’s girlfriend.  Shane planned on asking Melanie out back then but the day he was going to do it, Brad swooped in before him, and asked Mel himself. Shane had to endure watching his best friend and Mel together all the while wishing it was him in Brad’s place.

Mel loved Brad for a time, but gradually Shane crept into her heart.  The attraction and pull between them was strong, but Mel knew she could never act on it.  After Shane moved away, things between Brad degenerated with his constant drinking, and an unexpected series of events changed Mel’s plans for the future for good.  Shane is back in town but his reasons stir up trouble and danger for Mel.

Much of this story is unwinding lies and truths between Shane and Mel when they finally cross paths again five years later.  I wanted to shake Shane more than a few times and make him check his facts before hurling accusations!  Mel was understandably ticked for Shane jumping to conclusions, but she prolonged some of these misunderstandings as well by refusing to explain. Just when I was starting to get really impatient these two finally started talking (thankfully!) and their long held back feelings came out in full force.

“Tell me what you want.” He leaned into me for a moment, his lips against my ear. “Say it’s me.”
That sent a shiver through my body, made my lower jaw actually twitch. I swallowed hard.
“Of course I want you.”

Shane and Mel had sizzling chemistry and their pent up desires from years of longing make for quite an explosion when they finally give in!

Throughout this story Mel runs into danger, and I just hoped nothing truly horrible would happen.  My nerves were on edge several times!

Devon Ashley’s writing is captivating, and entertaining. However, I did feel the ending was a little rushed, and issues that came up earlier in the story were not fully addressed.  I was pleased with the overall outcome, but I wished the future was a little more fleshed out, and an epilogue would’ve been welcome.  With that all said, this story had me hooked from the first page, and I really enjoyed the ride! 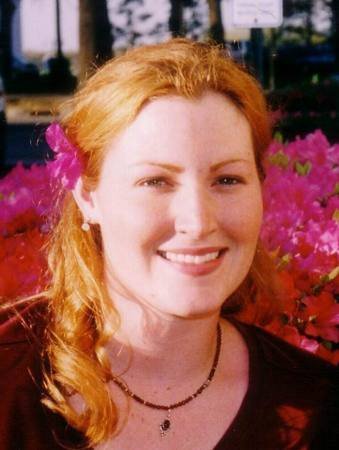 About the Author: I’m a mom, wife, a lover and a fighter, coffee addict, wicked knitster, Microbiologist, baker of fine yummy treats, and someone who will fight you to death for that last twinkie bag of M&Ms during the zombie-apocalypse. Seriously, my addiction is that important to me. Oh yeah, and writing is cool too!

Posted by Rachel @Waves of Fiction at 5:30 AM