Review: In the Stillness by Andrea Randall 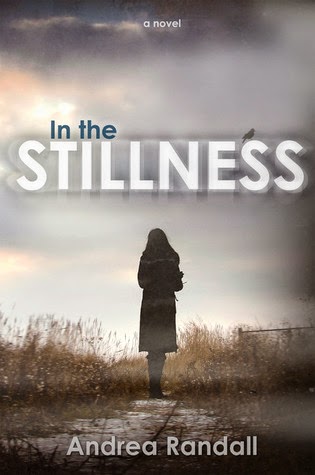 In the Stillness by Andrea Randall
Published April 9th 2013

Clawing at walls built by resentment, regret, and guilt, Natalie cuts as an escape from a life she never planned.


Staying present is only possible when you let go of the past. But, what if the past won't let go?

My Thoughts
Honest and emotional... no other way to put it.
In the Stillness catapults its readers into the downward spiral of Natalie’s life. Ten years ago, she was on her way to earning a Ph.D in Anthropology with an opportunity to travel the world studying her craft. However, when the war in Afghanistan delivered back her boyfriend in shattered pieces, Natalie's life was turned upside down and everything around her quickly fell apart. Many years later, she finds herself in an unfulfilling marriage, stuck as a stay-at-home mom with twin four year old boys. Her life is so out of control in her eyes, that she begins to destroy the only thing she feels she can control... her body.

Let me first start with how well written I found this novel. As difficult as it was at times to follow the constant shifts in time, I feel it was necessary for the flow of the novel. However, experiencing this novel simply though Natalie’s perspective, I felt like I was missing a very important piece to the puzzle. I would have loved to get a chapter or two from Eric’s point of view because I feel there were other aspects of this novel that deserved consideration.

Now to the tough part. It’s with much regret that I admit how indifferent I felt about Natalie’s character. She simply ran hot and cold to me throughout the book. I’ll set the whole cutting aside because I can’t even begin to imagine the pain she felt within herself to do that to her body and that really pulled on my heartstrings. However, it’s very clear how volatile and hostile she was towards others and not entirely her fault (I get that.), however she needed to own some of that. She had choices in her life and to feel resentful toward someone else for her life didn't turn out as she planned... well she needed to own that and not punish her husband with her cutting words and attitude. I won’t in any way diminish the pain this character experienced, but it would have been nice to see her appreciate her little boys for the four years before one of them suffered from a degenerative affliction. That was heartbreaking in and of itself. I really felt bad for Max and Ollie, as well as Eric if I'm being honest.

Next, I can’t be the only one that feels Eric’s character was conveniently annihilated to give Natalie her opt out of the marriage. I really liked this character and as much as the thought niggled in the back of my mind that he wouldn’t put up with Natalie’s volatile and hostile nature for very long without reacting in some way, I still felt like what he did was out of character. Eric felt misplaced in this story. For some reason, I didn’t see him as I think I was intended to see him. I felt sympathy for him and it didn’t go away for one minute.

Ryker was a perfect addition to this story, and added balance to the characters in some odd way. Maybe because I felt comfortable and confident about how I was suppose to feel about him. I appreciated the distance he assumed when Natalie was putting her life back together, but I also appreciated how he engaged with the boys and with Natalie when it was needed the most.

I won't complete this without saying how much I appreciated both of Natalie and Ryker's fathers. Both of them were simply perfect. Loved them!

Overall, In the Stillness is nothing short of emotional. There are some tough and very real topics that are infused in this story that shouldn’t be taken lightly. I appreciated everyone's role in the novel, and the ending was as it should be. Great writing that pulled my emotions in all sorts of directions.
3 Suns