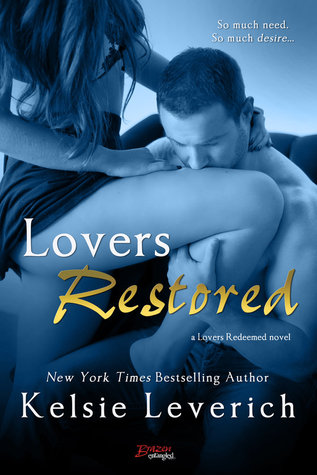 So much need. So much desire…

It's been exactly ten years since Halle Morgan last set foot in her tiny hometown. Now she's back, but only long enough to honor the memory of her best friend and try to leave the past behind her. But with one look at Cooper Bale, Halle knows there is no escape from the past—or from the man she wants like no other.

Cooper can't let go of his painful memories, or the guilt that tore him and Halle apart. And try as he might, he can't forget the bittersweet night they once shared. Even now, longing sizzles between them, potent and insatiable. Though blissful nights spent in Halle's arms heal the bitterness in Cooper's heart, they know they have no future…until they let go of the past that brought them together.

Halle will never forget her first love because the memories are bittersweet and shadowed with pain. Returning to her hometown after spending ten long years away sends her heart into panic, but she promised her best friend, and after her death it’s the least she can do.

The night before Halle’s high school graduation was the sweetest of her life but in contrast the next day was the worst.  The death of her best friend, Peyton Bale, haunts her still ten years later, but she promised Peyton to come back on the date to open their time capsule keepsake box and relive the memories.  Facing her first love, Cooper Bale, Peyton’s older brother, is something she hopes to avoid especially when he made it clear to Halle all those years ago he blamed her for Peyton’s death.  It’s a small town so you know, of course, Halle will run into Cooper and it brings back all the heartache.  But more than that, it brings back all the intense attraction and yearning Halle and Cooper felt for each other.

I felt terrible for Halle because she basically lost the only family she had the night of her graduation. With her father already dead, and her mother long gone, the Bale’s were all she had.  Since then Halle’s tried to move on, going to college and then starting her own catering business, but she’s never fallen in love again.  Add to that, Halle blames herself for Peyton’s death, and feels totally deserving of the anger Cooper showed her the night they parted.

Little does Halle know that Cooper blames himself for Peyton’s death.  He’s never been able to really face the past events, and doesn’t want to, so seeing Halle again makes him angry. He doesn’t want to remember how he failed Peyton, his mother or Halle.  Cooper’s never moved on in love either, it’s always been Halle and only Halle, but his anger and hurt are mixed in with his powerful attraction, and it’s all too much.

Both Halle and Cooper’s lives were scarred by Peyton’s tragic death, stealing and obliterating the soaring happiness they felt being in love.  Being a sucker for a happy ending my heart ached at the thought of all those years they spent apart.  Thankfully the angry, scorching encounters they share turn into a gradual healing and forgiveness.

Lovers Restored was wickedly hot and passionate because the feelings between Halle and Cooper were so intense and long suppressed.  Kelsie Leverich really knows how to write an emotionally charged romance that will tug at your heart strings, but leave highlight for spoiler: you smiling over the super sweet and satisfying ending!