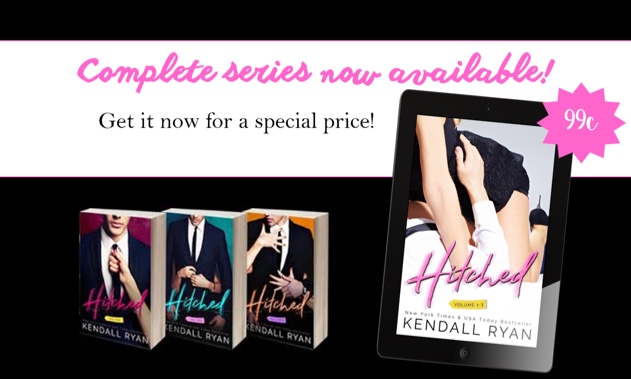 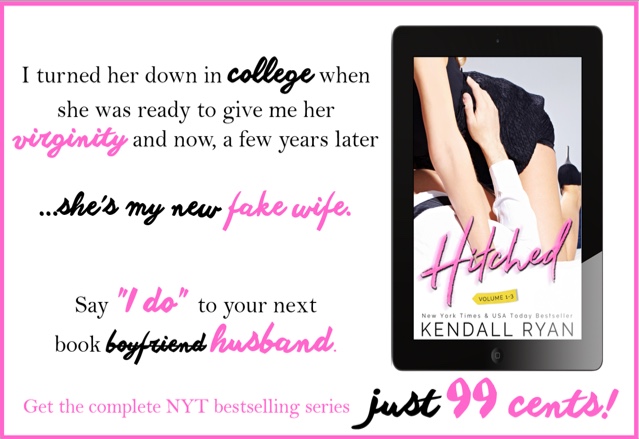 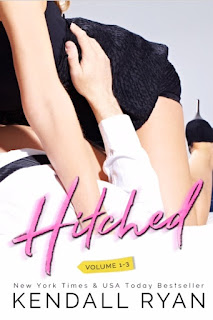 I have to get my wife pregnant. I know what you're thinking, boo hoo, poor me, right?

The only problem is my darling wife hates my guts. The only reason we eloped was because our fathers, who are business partners, are jointly leaving us their $100 billion company. If we wed.

And she doesn't know this part yet, but it's contingent on us producing an heir.

I have 90 days to knock her up, which might be difficult considering she can't stand to be in the same room as me, let alone share my bed.

Mark my words, I will have her begging for me. I've never backed down from a challenge and

I'm not about to start now.

Filled with hot and humorous moments, you won't want to miss the complete series of HITCHED! 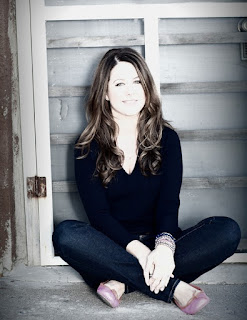 ABOUT THE AUTHOR:
A New York Times, Wall Street Journal, and USA Today bestselling author of more than two dozen titles, Kendall Ryan has sold over 1.5 million books and her books have been translated into several languages in countries around the world. She's a traditionally published author with Simon & Schuster and Harper Collins UK, as well as an independently published author. Since she first began self-publishing in 2012, she's appeared at #1 on Barnes & Noble and iBooks charts around the world. Her books have also appeared on the New York Times and USA Today bestseller lists more than three dozen times. Ryan has been featured in such publications as USA Today, Newsweek, and InTouch Magazine.
Visit her at: www.kendallryanbooks.com for the latest book news, and fun extras
Subscribe to Newletter