Review: If I Run (If I Run #1) by Terri Blackstock 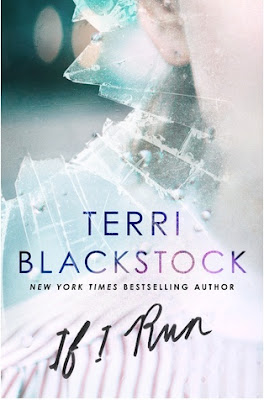 But it won’t set her free.

Casey Cox’s DNA is all over the crime scene. There’s no use talking to police; they have failed her abysmally before. She has to flee before she’s arrested . . . or worse. The truth doesn’t matter anymore.

But what is the truth? That’s the question haunting Dylan Roberts, the war-weary veteran hired to find Casey. PTSD has marked him damaged goods, but bringing Casey back can redeem him. Though the crime scene seems to tell the whole story, details of the murder aren’t adding up. Casey Cox doesn’t fit the profile of a killer. But are Dylan’s skewed perceptions keeping him from being objective? If she isn’t guilty, why did she run?

Unraveling her past and the evidence that condemns her will take more time than he has, but as Dylan’s damaged soul intersects with hers, he is faced with two choices. The girl who occupies his every thought is a psychopathic killer . . . or a selfless hero. And the truth could be the most deadly weapon yet.

My Thoughts
I wasn’t sure what to expect when I downloaded the audio for If I Run, because thriller/mystery novels are not my typical go-to stories. However, I as in the mood for something different and in the end, I have to say I was pleasantly surprised with how engaged I became with the story. This novel was action-packed and captivating from the very first chapters! Terri Blackstock spared no expense when it came to delivering mind-blowing twists and suspenseful turns.

As Casey Cox flees from a crime scene that would surely incriminate her as the prime suspect, she knows she can’t go to the local authorities for help. Diving deeper into her past, her father’s suicide when she was twelve years old plays a vital role as Casey quickly goes from being a fugitive to possible target.

When Dylan Roberts takes on the case, he realizes that Brent’s murder has several layers that may uncover who truly is responsible. He soon finds himself racing against the clock to find Casey before those responsible for Brent’s death get to her.

Overall, If I Run is filled with constant action from beginning to end. It does conclude with a significant cliffhanger, but I do appreciate that Blackstock decided to completed one of the parallel storylines in this book. I will definitely keep my eye out for If I'm Found when it comes out in 2017.
4 Suns