Review: Before She Disappeared by Lisa Gardner 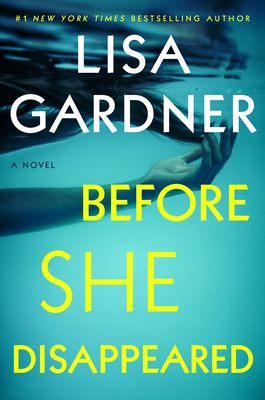 Before She Disappeared by Lisa Gardner
Publication Date: January 19th 2021 by Dutton
Pages: 400
Source: Publisher & Purchased Audiobook
Narrator: Hillary Huber
Audiobook length: 12 hrs 7min
Rating: ★★★★
Links:  Amazon | Barnes & Noble | Kobo | Audible | Goodreads
My Thoughts:
Frankie Elkin, a recovering alcoholic, with a tragic past has one thing she’s good at: finding missing persons.
Her newest case brings her to Mattapan, Boston where the case of a missing teenager, Angelique Badeau, has grown cold after eleven months.  Her raking up the past quickly gets the attention of the original investigating officer, Detective Lotham. At first, he’s very suspicious of Frankie’s motives in the case, does she want money or fame? But when her questions bring fresh leads out Lotham and Frankie form a reluctant team with an undercurrent of attraction between them.
Before She Disappeared was sort of old-school investigation of asking a question and then the next one instead of relying on forensics and police technology since Frankie didn’t have access to all of that.  She had a talent for shaking out information.
I liked Frankie, the way she effortlessly formed bonds with the people she met, even though she’s a self-proclaimed rolling-stone. Once settled on a new case she arrives in town and won’t leave until she finds the missing person. Frankie’s determination was admirable, but I do wish she’d allow herself to settle down, form roots and be happy. I think pulling up stakes when she finishes is her way of penance for a tragedy that was ultimately not her fault, and it made me sad thinking about it. That’s the thing about Lisa Gardner’s stories, she makes her characters come to life, flaws and all, so that you care about their happiness beyond just solving the current mystery.
I’ve been a huge fan of Lisa Gardner’s smart, well-researched mysteries for years. Even before Goodreads. Not completely sure if there will be more books featuring Frankie as Ms. Gardner has said this is her first “standalone” in twenty years. If there are more, I’d like Frankie to forgive herself. Plus, I want more of Piper the “attack cat”!  I guess we’ll see.  Whatever she comes up with next I’ll be reading!
I’ve enjoyed Hillary Huber’s narration before so when I noticed she was narrating Before She Disappeared I grabbed up an audio copy so I could continue with the story while doing other things in real-life. Sometimes, you just don’t want to put the book down, lol! Ms. Huber has a rich, sultry voice which enhanced an already captivating story. I listened at 1.5x normal speed.
4 Stars