Review: Out of the Clear Blue Sky by Kristan Higgins 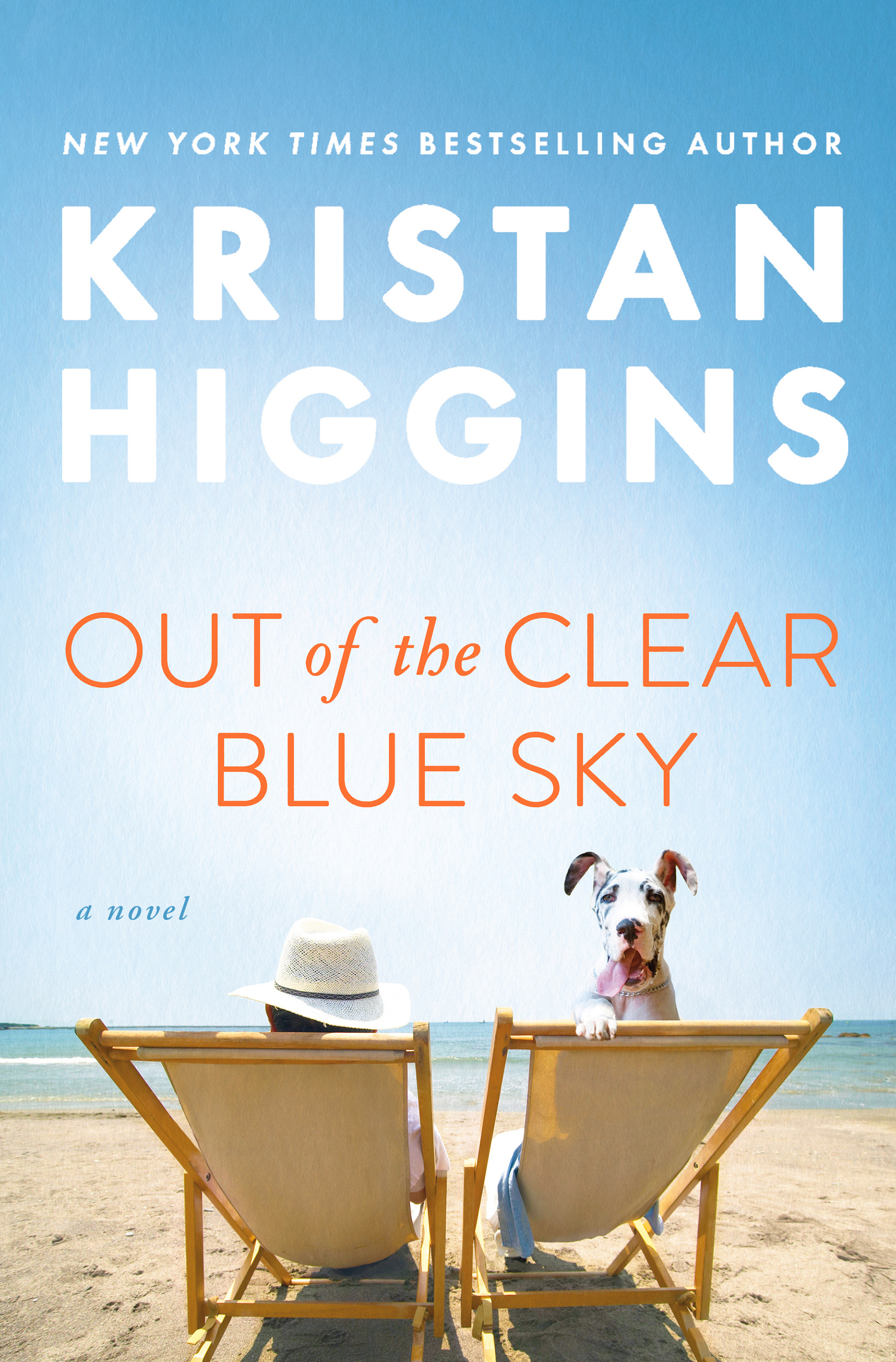 Out of the Clear Blue Sky by Kristan Higgins
Publication Date: June 7th 2022 by Berkley & Recorded Books
Pages: 480
Source: Publisher & Purchased Audiobook
Rating: ★★★★½
Links: Amazon | Barnes & Noble | Audible | Kobo | Goodreads
My Thoughts:
Lillie Silva is both happy and sad her son will be heading off for college shortly.  She’s coming to terms with this new chapter in her life only to have her whole world turned upside down when her husband of twenty years announces that he’s leaving her for a younger woman to “find joy.”
I wanted to kick Bradley in the teeth every time he said “no offense, but I need to find my joy”! What a self-centered jerk! I laughed with glee over the ways Lillie stealthily (and not so stealthily) got her revenge against Brad and Melissa, some of the ways were quite clever! I was outraged for her (yes, I realize she’s a fictional character, lol), I guess I get a little vindictive over a woman scorned so the little retributions were satisfying!
Having Melissa’s POV, being that she was the other woman was kind of different, and I didn’t like her at all at first. She plotted to get Bradley, (which wasn’t as hard as it should’ve been had he been a better man), and she had no prick of conscience stealing another woman’s man. However, I do have to say I understood Melissa better by the end, I could see with her upbringing why she was so mercenary.  Life did serve up some well-deserved education and a bit of payback, as is often the case, and I liked Melissa a smidge more by the end.
I loved Lillie, getting to know her and her family, friends, experiencing her journey to finding happiness again was emotional and touching! Romance wasn’t at the center of the story, but thankfully Lillie did get one, too. Out of the Clear Blue Sky was lovely journey!
4.5 Stars

From New York Times bestselling author Kristan Higgins comes a funny and surprising new novel about losing it all--and getting back more than you ever expected.

Lillie Silva knew life as an empty nester would be hard after her only child left for college, but when her husband abruptly dumps her for another woman just as her son leaves, her world comes crashing down. Besides the fact that this announcement is a complete surprise (to say the least), what shocks Lillie most is that she isn't heartbroken. She's furious.

Lillie has loved her life on Cape Cod, but as a mother, wife, and nurse-midwife, she's used to caring for other people . . . not taking care of herself. Now, alone for the first time in her life, she finds herself going a little rogue. Is it over the top to crash her ex-husband's wedding dressed like the angel of death? Sure! Should she release a skunk into his perfect new home? Probably not! But it beats staying home and moping.

She finds an unexpected ally in her glamorous sister, with whom she's had a tense relationship all these years. And an unexpected babysitter in, of all people, Ben Hallowell, the driver in a car accident that nearly killed Lillie twenty years ago. And then there's Ophelia, her ex-husband's oddly lost niece, who could really use a friend.

It's the end of Lillie's life as she knew it. But sometimes the perfect next chapter surprises you . . . out of the clear blue sky.