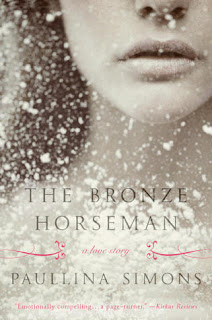 About the book
The golden skies, the translucent twilight, the white nights, all hold the promise of youth, of love, of eternal renewal. The war has not yet touched this city of fallen grandeur, or the lives of two sisters, Tatiana and Dasha Metanova, who share a single room in a cramped apartment with their brother and parents. Their world is turned upside down when Hitler's armies attack Russia and begin their unstoppable blitz to Leningrad.

Yet there is light in the darkness. Tatiana meets Alexander, a brave young officer in the Red Army. Strong and self-confident, yet guarding a mysterious and troubled past, he is drawn to Tatiana--and she to him. Starvation, desperation, and fear soon grip their city during the terrible winter of the merciless German siege. Tatiana and Alexander's impossible love threatens to tear the Metanova family apart and expose the dangerous secret Alexander so carefully protects--a secret as devastating as the war itself--as the lovers are swept up in the brutal tides that will change the world and their lives forever.

My Thoughts
The Bronze Horseman by Paullina Simons is such a beautiful story of two people who fall in love in the midst of a country at war. I loved the two main characters, and their devotion and self-sacrifice for each other was beauteous! The author did a splendid job of mixing a good amount of history with a perfect balance of struggle, family, love, devotion, deceit, and all the things that become important when a country is in crisis and two people are fighting to hold on to the one thing that gives them the strength and will to survive.

The story takes place in 1941 in Leningrad, Russia, when the country is at war with Germany. Two sisters, Tatiana and Dasha, fall in love with the same man, a Red Army officer named Alexander or "Shura." Tatiana struggles to do what is right by her family while hiding the love and devotion she feels for Shura. Her story unfolds as the war progresses and her family falls victim to the perils of a nation at war. Shura and Tatiana share a love that stands the test of devotion to one's family and country.

The size of the book is daunting, but don't let that stop you. At first I thought, no way will I finish this book anytime soon, it's longer than War & Peace! No not really. :) I was wrong, though, I finished it in about 5 days because I could not put it down. It stayed on my mind the whole time, and all I could think of was when I could get back to Shura and Tatiana's story. Such a great read! Absolute perfection!