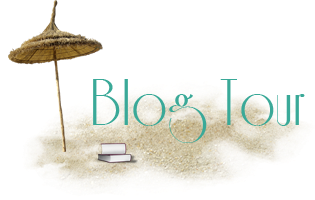 Today on Waves of Fiction we are participating in the blog tour for Innocence Defied by Lainey Reese hosted by Shh Moms Reading.  We have an incredible excerpt to share with you as part of our tour stop! 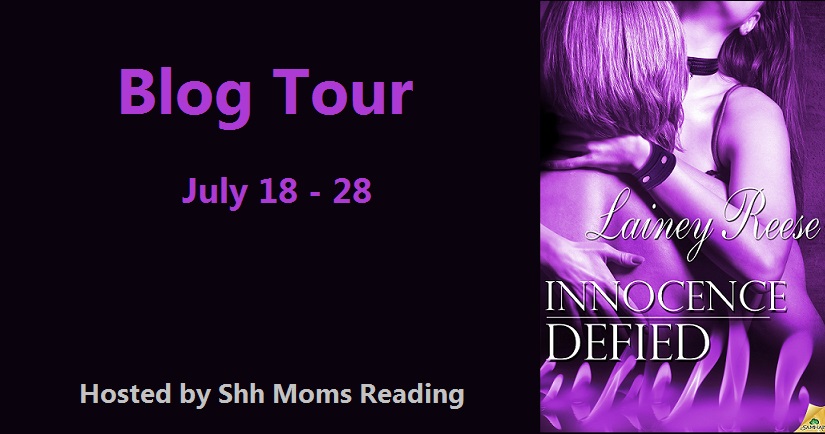 Excerpt!
A crowd was moving around the baggage terminal, and Gage looked up to scan for Zoe when a woman caught his eye. She was curvy in a lush, mouthwatering way that made his palms itch. She had jet-black hair that bounced around her shoulders with every step she took. As he watched, one long lock looped over an arm and curled around her right breast as though outlining it, and Gage started forward without meaning to. All thoughts of his beloved kid sister vanished as he kept his sights on that curl and the gently bouncing breast it cradled. He was going to have those breasts by nightfall, he promised himself, and everything else that went with them. Just as he was drawing close and getting ready to make an introduction, the gentle bounce became a faster one as she started running. He stopped in his tracks, unwilling to disrupt her when she was obviously rushing to greet someone. He hoped like hell it wasn't a man, because that would seriously ruin his whole "get her naked and devour every inch of her" plan.
She was going to run right by him, he thought as she drew closer and closer, and just when he started to sidestep, thinking he must be in front of whoever she was meeting, she squealed, "Gage!" and launched herself at him.

About the book
Gage Hollister is a Southern Dom looking for a full time sub/slave. When his family's business brings him to New York City for an indefinite stay, he decides that now is the time to find her. Night after night he prowls the local BDSM club in search of a woman whose need to be dominated equals his thirst for true submission. As the search drags on he begins to wonder if his perfect match even exists. When he is asked to play chaperone for a family friend embarking on her first trip as an adult; he welcomes the chance for distraction from his thus far fruitless endeavor.

Zoe Marshall is the youngest sister to Gage's best friend and she has been in love with Gage for as long as she can remember. She has saved herself for him and him alone. Now, after careful planning and a bit of luck she finally has her opportunity to show Gage that she's all grown up and ready to be his. Although he believes himself too old and jaded for an innocent like her, Zoe will not relent until she belongs to him in every way.

Soon Gage's resistance crumbles and Zoe's dreams become reality but their budding love is tested when her brother discovers them. As those bonds of friendship strain under betrayal and broken trust, Zoe is confronted with having to choose between the man she loves and the brother she worships. Will having the love of her man cost her the love of her family? If so, is her heart strong enough to survive that loss? Is their love?

Other Books in the series:

A note for my readers:
I write books that have very dominant men in them.  The men in my books are fierce and controlling in the bedroom and overbearing and protective out of it.  And the women never have anything to fear because the men would throw themselves in front of a bus before they'd let anything hurt their ladies..including themselves.  I write fiction.  In real life we need to be way more careful and choosey than my heroines are.  Never give up your power or your body to anyone unless you have all the groundwork of safe words and real solid trust in place.  Safe words are non-negotiable- No safe word?  No way.
Now, as for me. I live in a tiny little place called Lake Stevens with my daughter, and our many pets.  I'm an animal lover.  Yup it's true.  I am one of those people who lets the dog on the couch and has cat hair on her sweaters.
I've dreamed of writing since I was twelve and after the reception my first novel received I am kicking myself for not following that dream sooner.  Since my first novel A Table for Three came out I have been a changed person.  My childhood dream has come true and every day away from my computer feels like a waste.  With the release of Damaged Goods I took a leap of faith and left the day job behind.  Every day is a crazy adventure of second guessing my decision and wallowing in the joyful realization that "I don't have to go to work today!"  A realization that I have NEVER had for longer than a week in my entire adult life.
Fate has smiled on me and I am now a full time author!  My dreams are becoming a reality and I have you to thank.  Thank you all for reading and reviewing (those reviews really make a difference).  I hope that this is the start of a long and fabulous life together...you and me...I'll write and you read and together we'll make the world a steamy wonderful place!
Facebook / Goodreads