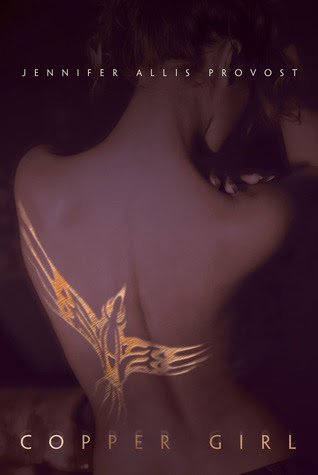 
About the book
Sara had always been careful.
She never spoke of magic, never associated with those suspected of handling magic, never thought of magic, and never, ever, let anyone see her mark. After all, the last thing she wanted was to end up missing, like her father and brother.
Then, a silver elf pushed his way into Sara's dream, and her life became anything but ordinary.

My Review:
First let me say that the idea behind this book is great.  I honestly liked the world that the author created I just wasn't impressed with the way things were presented and the book really lacked in a lot of areas that really bothered me.  I always hate giving a book less than 3 suns, so bear with me while I try and sort my thoughts out.

Like I said I liked the world, it was actually very intriguing.  In it we have magic users who are born with the ability called Elementals and then there are those who are not born with the ability but can work at it and can sometimes use magic, but it isn't as strong as an Elemental.  Things used to be peaceful between the two groups and the everyday ordinary human, but things took a turn when a miscommunication happened and then all hale broke lose.  What was left after the wreckage was a law against any magic being used and Elementals having to hide their true selves so that they wouldn't be imprisoned.   Sara, a copper Elemental, has been hiding almost her whole life and she knows that if she ever slips up she will end up like her Father and Brother who she hasn't seen in many many years.  When she takes a nap an elusive man comes to her dreams and turns her world upside down.  Finally realizing that she is more than she ever thought she enlists the help of this "man" and they go in search of her family.

I don't know about you, but I loved the sound if this and I couldn't wait to dive in.  After about 30 pages though I had a feeling that this intriguing story was going to be lost in insta-lurve and anticlimactic scenes.  I don't mind instalurve in my stories for the most part, but there has to be some kind if heat for me to believe it.  Yes Sara and Micah do have a connection, but there just wasn't enough there for me to care one way or the other.  All they really had were a few moments of panty stealing, token giving, and stolen kisses..not enough for me.  I have read several other much shorter books that made me believe in the couple so I know it can be done.  Plus every time Micah would call Sara "My Sara" my eyes would cross.  It felt weird and I didn't care for all that.

This story also had no action and I mean the fighting kind.  When you have magic and queens I expect explosions, but there was none and I mean none.  Sara and Micah sneak into a dangerous facility, steal something important, and get away with nobody the wiser.  Even the big scene and the end was ho hum.  I want danger, intense filled moments, and an "oh no are they going to win" moments.  Copper Girl lacked all of that and I was so disappointed.  I really had such high hopes for this book.

It might just be me, I am usually the one on the other side of the fence with my ratings so please don't let me discourage you from reading this.  It does have an interesting world so I hope people pick it up for that alone.